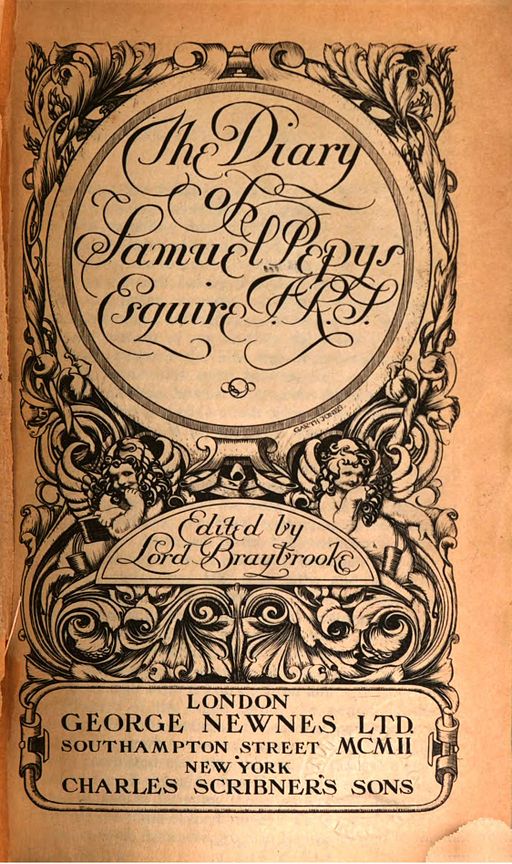 If Samuel Pepys were alive today, would he write a diary? Or would he instead update his status on Facebook or condense his thoughts into a tweet? I can almost picture it:
Samuel Pepys feeling sad with Elizabeth Pepys at Seething Lane. Buried parmesan cheese (accompanied by a google map of the area and a link to local delicatessens).

Our exploration of history can be given depth by the analysis of diaries from a particular period, enabling us to see the effect of, for example, war or plague on individuals as well as giving us the opportunity to explore the minutiae of everyday life. The diaries of Pepys and Anne Frank give very personal accounts of famous events.

Contemporary journals of political figures such as Tony Benn and John Major can inform our understanding of recent history. Perhaps they presumed that their musings would be published and wrote accordingly; but their work still assists us to place important national and international events in context.

Alongside their entertainment value, even fictional daily jottings can provide us with an insight into an age. The Diary of a Nobody by George and Weedon Grossmith relates the 19th Century suburban exploits of Charles Pooter while a similar role in modern times has been played by Bridget Jones and Adrian Mole.

In addition, diaries allow us an opportunity to see into the mind of an author. Virginia Woolf’s are a fascinating account of her everyday life and mental state, illustrating how both inspired her novels. Sometimes these daily ruminations can even take on a life of their own: Joe Orton’s are almost as famous as his plays, and those of Alan Bennet complement his other writings.

It could be argued that status updates, tweets and blogs perform the same function as diaries. They permit individual and personal responses to current incidents (both major and minor) and, in addition, allow the reader to experience them almost at the point of composition, rather than waiting months or years for their publication. In future years when we look back on them, they will also provide us with a window on the past. But I hope that people keep scribbling away in private, too.

Opinion: Brexit: To stay or not to stay
Instant Impact