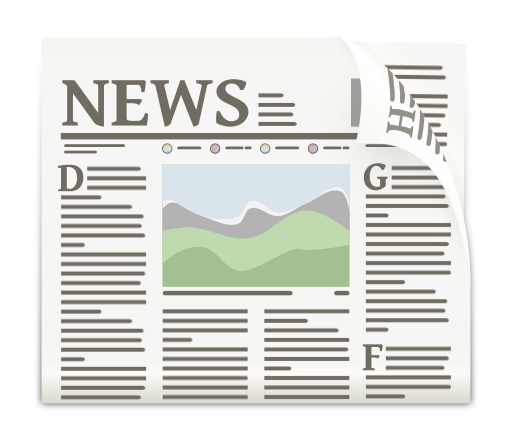 From Broadsheet to Tabloid and Beyond

The world in which we live is now so affected by technological development that it changes not on a year by year or decade by decade basis as it used to, but on a yearly, if not monthly one.

This accelerated change, which some see as progress and others as change for changes sake, is particularly apparent in the world of newspapers. Not just their content, but their size and style; from large broadsheets, to tabloids, to online news-zines. This month both the Observer and Guardian newspapers announced that they were going to reduce the size of their traditionally broadsheet papers to the more popular tabloid size. With these two bastions of the broadsheet heading towards tabloidization, you have to wonder if the days are numbered for the few remaining old school style papers- and if so, is that a good thing or not?

Broadsheet newspapers were first developed in 18th century Britain after the government began to tax newspapers based on how many pages they had, making big papers with fewer pages cheaper to print than smaller, easier to hold ones. As few people could read to the standard required of those early broadsheet editions, they soon became associated with the aristocracy and more well to do businessmen. Even today, broadsheet papers tend to be linked with a higher-minded approach to news-gathering and delivery, with readers of such papers opting for in-depth articles and editorials. By comparison, tabloid newspapers are associated with employing more brevity in their stories, perhaps to go alongside their smaller size in general. Tabloids, or ‘red tops’ as they are often called, are usually 11 x17 inches in size; far narrower than a broadsheet newspaper. The readership tends to be from the lower-middle and working classes. They have a more celebrity-based article stream running alongside the news of the day.

In recent years many broadsheets have been reduced in size in order to cut printing costs, rather than to lower their reporting standards to the more sensational style of the bigger tabloid sellers. They have also been responding to calls from readers who find the ungainly size of a broadsheet paper difficult to manage on a bus or train. The tabloid to broadsheet change isn’t new, though. In 1971, the UK’s longest running tabloid newspaper, The Daily Sketch (which began in 1909), closed its doors for the last time. That same year, in response to the sudden gap in the market, The Daily Mail left its previous broadsheet style behind and become tabloid in shape. Six years later, The Daily Mail’s main rival, The Daily Express, switched from broadsheet to tabloid as well.
So downsizing from broadsheet to tabloid size in the newspaper world is nothing new. In this day and age, however, does it mean we are a step on the road to all newspapers becoming online-only entities? A case of technological revolution or evolution?

A similarity can be made with books. In the past only the hardback option was available for the book-buying public. Then, as demand grew, the paperback took over – partly due to cost and partly because more people learned to read and education became standard for children in the UK, not to mention the fact that paperbacks are quicker to produce. Now we have the Kindle, Kobo and Nook, as well as mobile phones based online and download devices on which to read. Yet the majority of readers, while admitting the convenience of the Kindle et. al., still yearn for the touch of a ‘real’ book between their fingers. Is the same true for newspapers?

The ability to self-publish books directly onto Amazon and so on, has led to a decline in the standard of a great deal (although not all) of our fiction. Will the same happen to newspapers? Will the broadsheets become less careful, less in-depth in order to keep up with their tabloid rivals? And, in turn will tabloids nudge ever closer to the celebrity magazine market? Only time will tell; but the hope has to be that we can achieve a happy balance between online and physical newspapers. And while the downsizing of broadsheets might have Gladstone spinning in his grave, I can’t help thinking it is a blessing from a handling-on-an-overcrowded-train, environmental, and price point of view.

A History of Rivalry: England v Scotland
Successful Studying – It’s all about time