Successful Studying – It’s all about time 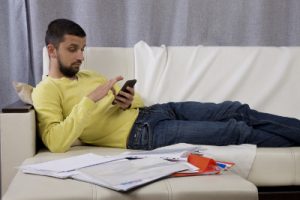 My general advice to A Level students has always been to set yourself a study timetable from the very beginning. I began studying an English Literature A Level course in June 2014. Having worked as a student adviser with Oxford Open Learning for the best part of a decade I felt I was mentally well equipped to deal with the various pitfalls of distance learning, but beneath my optimism there was a nagging fear that I may not have enough time to study the course, or worse still, after having advised countless students how to manage their study timetable over the years I might then find it impossible to manage my own.

Oxford Open Learning advise A Level students to commit roughly seven hundred hours of study throughout the duration of their enrolment in order to gain their optimum result. Based on my own advice, I knew that if I had any chance of achieving good grades from exams in Summer 2016 I would need to be studying at least seven to eight hours a week, but I hadn’t taken into consideration all of the extra reading required. Not only did I have to read through an entire A Level course pack, I also had to read numerous novels, and poems, and plays, and literary criticism, and web articles. Furthermore, I had to complete numerous written activities, and self assessed essays, and even more dauntingly, I had to regularly submit assignments to a tutor. At the very least I realised that I would need to reduce my daily Facebook usage to a maximum of five hours and limit myself to a maximum of twenty You Tube videos a day. I’m joking of course. It’s impossible to survive in 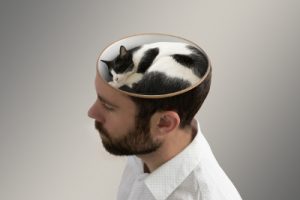 the modern world without viewing at least thirty YouTube videos in any given hour, and once you’ve learned to multi-task you can monitor your Facebook feed at the same time as other less important things. (Things like studying, working, reading, eating, sleeping and… um… breathing). And that’s when the reality hits, social media, chatting online, film trailers, videos of people who look bizarrely like their pets, messenger conversations with old flames, they’re all very entertaining but until the AQA introduces an A Level in procrastination, they will not lead to a qualification that I can put on my CV.

On the whole, I managed my study timetable well, but it pains me to admit that there were various moments throughout my studies where I could have made more effective use of my time. Being a very sociable person I initially found it irritating that I regularly had to sacrifice nights out with friends in order to sit in front of my laptop and write essays about Victorian poets, but eventually I saw the positive effects of the course. I saved lots of money as a consequence of all of those nights in, and when I did occasionally meet up with my friends I found myself speaking passionately about all of the things I was learning. I felt more confident and animated, and I engaged more in conversations.

As the syllabus I studied was modular, my assessments were spread over the two years of study, with the AS exams taking place in May 2015 and my A2 exams taking place in 2016. This also meant that the final drafts of my AS and A2 coursework would have to be submitted to my tutor by the end of March each year. This was a blessing and a curse for me, because although I feel that I worked far less effectively within my first year, those deadlines forced me to knuckle down and get half of my work done within the first year rather than leaving it all until the second year. For anyone studying the newer syllabus, with all of the exams and coursework at the very end of the enrolment, my advice would be to set down regular deadlines, and stick to them. Trust me, you’ll thank yourself for it in the long run.

Obviously, though, sometimes even the best planning in the world cannot prepare you for the great unknown. As a student adviser I regularly speak to people asking to sit their exams a year later than originally planned, and quite often they will mention a variety of things that have prevented them from studying. There are many reasons why people have not had enough time to study: work commitments, family commitments, illness, bereavement, new children, breakups, new relationships, divorces, weddings, broken computers, moving house. And though I only experienced a few of these obstacles over my two years of study, I can now fully understand how just one of those things can derail the studies of even the most devoted student. I discovered that the only way I could prepare for unforeseen circumstances was to get as much extra work done as possible whenever I knew I had spare time.

The most intriguing thing I discovered through this approach to my studies was that the more time I devoted to studying the more work I was able to achieve in shorter spaces of time – not just in my study of the A Level, but with all of my other daily tasks. I found that I was organising and managing my daily timetable more effectively out of necessity, but even after I finished studying the course the ability to manage my time remained. I mentioned this observation to one of my friends – a manager of a large construction company, who lives a far busier lifestyle than anyone else I know – and he replied as if it was the most obvious thing in the world: “If you want something done, ask a busy person.”

In August 2016, having read at least thirty novels, a dozen plays, and hundreds of poems, and having written countless essays – some marked, some unmarked – I received my results for the English Literature A Level. Much to my surprise, I had gained an A grade overall. Initially, I was overjoyed, but as the euphoria subsided I began considering all of the time I had wasted in the first year of my studies. I found myself wondering if I had studied as effectively in the first year as I had in the second could I have gained an A*. As I pondered this idea I heard my phone vibrate. It was a notification on my phone. Someone had posted a video about a weird singing cat on my Facebook timeline. As I sat watching the singing cat video I had two realisations in quick succession; firstly, I had too much time on my hands, and secondly, I should probably enrol on another course.