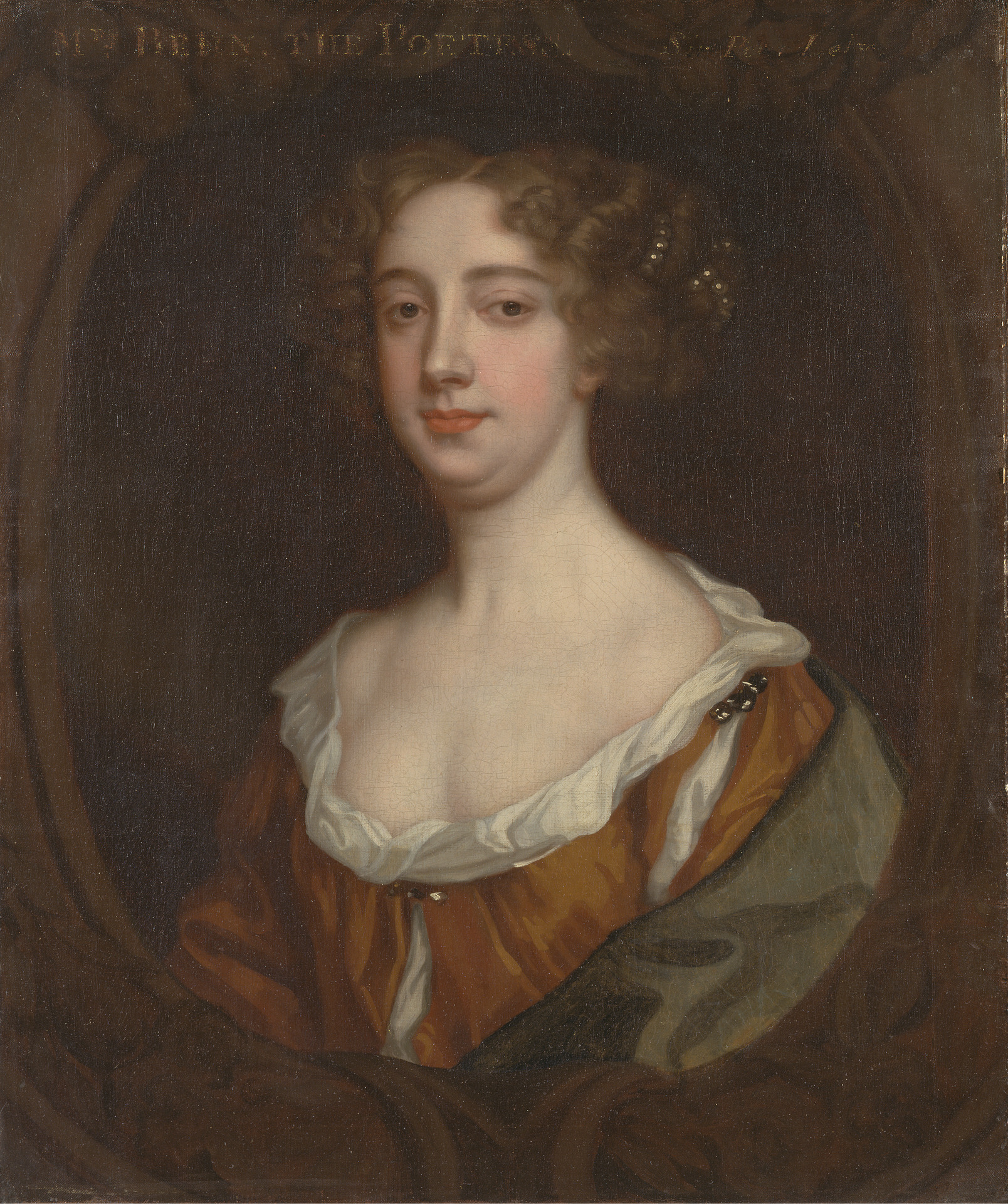 After our recent post on Invisible Writers, now is the perfect time to celebrate the life of Aphra Behn. Don’t feel bad if you’ve never heard of her; most people haven’t. But Aphra has earned her place in the history books, as the first English woman to earn a living as a professional writer.

Aphra was born around 1640, at a time when tensions between the king and parliament were high. In fact, by the time Aphra was two years old, the English Civil War had broken out. During her childhood, she witnessed the bloody execution of King Charles I and the establishment of Oliver Cromwell’s Protectorate. It is not surprising, then, that few records about Aphra’s early life have survived, given how chaotic this period was.
In fact, it’s not until the 1660s that Aphra next emerges. War and the Protectorate were over, replaced by Charles II, who promised a general amnesty and more religious tolerance in his kingdom. Like any woman of the Restoration, Aphra was expected to marry and devote herself to domestic matters – which is exactly what she did. Around 1664, she married a merchant from Hamburg called Johan Behn. But any hopes of domestic bliss were shattered when her marriage ended the following year, when her husband died. It was now up to Aphra to make her own life.

Aphra was a die-hard Royalist, keen to do anything she could to support her king. In fact, around 1665, Aphra was recruited as a spy on his behalf. This was a difficult time to launch a career in espionage: England was in the middle of a war with the Dutch. The government was stretched to its financial limits and danger was everywhere, especially for a young woman. Aphra, however, was unfazed.

Codenamed “Astrea” and “Agent 160,” she went to Antwerp on a mission to persuade a man called William Scot to switch allegiance and start spying on behalf of the crown. But Aphra struggled in Belgium. Within a year, she was back in London and may even have spent some time in a debtor’s prison.

Aphra now faced the problem of needing to make money – and fast. She secured a job, first as a scribe and then as a playwright, for two theatre companies. Her first three plays were not major successes, but in 1677 her fourth, The Rover, brought both recognition and wealth. In total, she wrote 19 plays and 4 novels, alongside a number of novellas and poetry collections.

Aphra Behn never shied away from controversial themes; much of her work focused on female sexuality, pleasure and even forced marriages. Many attacked the ‘immorality’ of her work and, after her death in 1689, she was pushed into obscurity. It was not until the twentieth century that her plays were rediscovered. The writer Virginia Woolf became one of Aphra’s biggest fans, claiming that she had earned women “the right to speak their minds.”