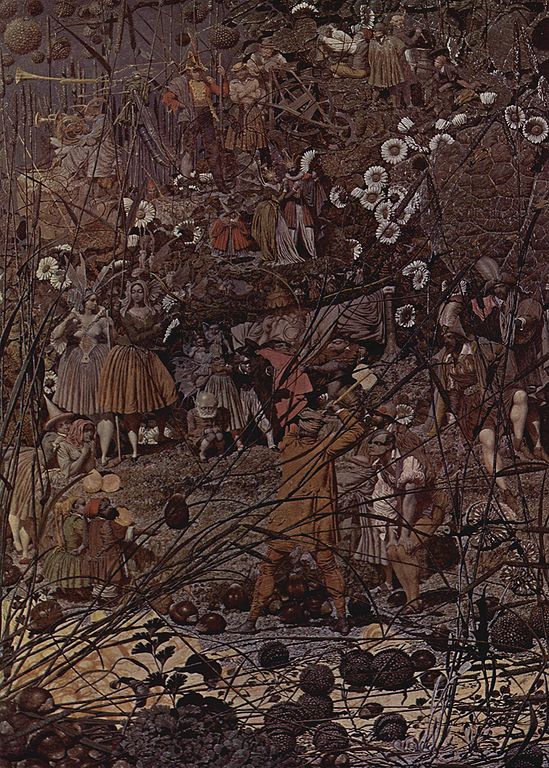 An Artistic Legacy born from “Madness”

Genius is not always born to a sound mind. It is a fact well recognised today, but in the not so distant past, was very much less the case. Certainly, in the Victorian era, when a number of such artists produced their work, things were very different. Yet whilst the artists themselves may have been treated badly, their work was often well appreciated.

The Victorians were fascinated by new inventions, the paranormal and the working of the human mind. The more innovative of the early psychologists were beginning to experiment with art as a therapeutic tool. At the time, perfectly respectable writers embraced spiritualism, including the likes of Rudyard Kipling and Sir Arthur Conan Doyle, who regularly attended seances where they attempted to communicate with the dead. Many also admitted to a half belief in fairy-folk, their convictions bolstered by the trickery of charlatans using the new invention of photography. Subsequently, it soon became a practice for the managers of Victorian asylums to commission and collect the artwork of talented inmates, believing that their paintings and drawings gave a unique insight into the workings of the human mind.

The most talented of these “mad” artists was Richard Dadd, who spent most of his life in the Bethlem Royal Hospital for the criminally insane, and later in Broadmoor, having In 1843 murdered his father, believing him possessed by the devil. In his youth this tragic figure had displayed remarkable gifts as a draftsman, oil painter and miniaturist. Aged 20, he had been admitted to the Royal Academy, and went on to win the academy’s medal for life drawings. However, when in 1842 he undertook an extended journey through Greece, Turkey, Syria and Egypt, it served to highlight the fact that he had suffered a dramatic personality change; by its conclusion he believed himself to be the Egyptian god Osiris. After his crime the following year he was diagnosed as being of unsound mind and sent to Bethlem. It is likely the modern diagnosis would be that he was suffering severe paranoid schizophrenia.

Dadd’s artistic speciality was in painting miniature fairy-like creatures. Amongst his masterpieces is “The Fairy Fellers Master Stroke” (1855-64), pictured, which is now exhibited at the Tate Gallery. It was painted for a hospital steward George Henry Haydon and is the inspiration for a musical composition by Queen, bearing the same name. Another is “Oberon and Titania”.

In 1987 a lost watercolour by Dadd called “The Artist in the Desert” was featured on The Antiques Road Show. It sold to the British Museum for £100,000.

The genre of fantasy art pioneered by Dadd has influenced book illustrators (e.g. the Discworld series by Terry Pratchett), graphic novels, child fiction and the painting and subject matter of the surrealist movement of the twentieth of the century.

“A War Imagined”: Invasion Literature
The Leakey Family and Revelations under the Sun