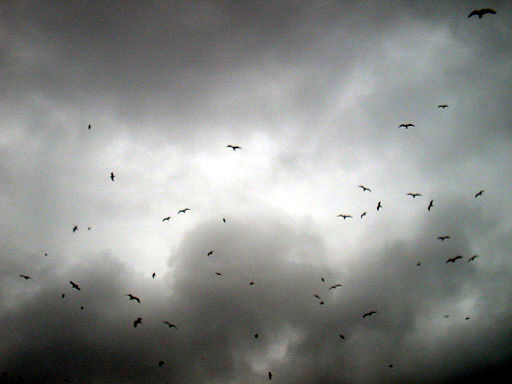 This time of year is known for its fondness to dwell on stories of ghosts and ghouls and other such horrors, in films, books and games. But not all fear is made by things so obvious. One writer who illustrated this fact particularly well was Daphne Du Maurier.

Du Maurier was best known, both during her lifetime and today, as the author of novels such as Rebecca, which still sells 4,000 copies a month, and Jamaica Inn, made into a TV series in 2014, but the popularity of her work has often been used to belittle her contribution to literature. Critics during her lifetime often dismissed her as a ‘middlebrow’ author; at worst, ‘a best-selling spinner of yarns,’ at best, a purveyor of ‘romantic’ fiction inspired by the classics (Jane Eyre and Wuthering Heights had a great influence on two of her most admired novels).

In fact, Du Maurier’s work had a tremendous impact on much of the horror fiction and film of today. It seems unlikely that short stories such as Don’t Look Now or The Birds (both made into horror genre films in the 1970s) could have had an indirect influence on contemporary television shows such as The Walking Dead. However, they share the same sense of quiet dread and uneasy anticipation- hallmarks of Du Maurier’s fiction. The author’s son Kit Browning has even argued that another of Du Maurier’s best sellers, Jamaica Inn, ‘is full of the most extraordinary violence.’

Du Maurier took the Gothic genre into the twentieth century. She often subverts its conventions, for instance in her use of first person narrators, but the influence of 19th century Gothic novels, such as those by the Brontes, is clear. Despite this, Du Maurier’s treatment of the horror elements of her work differs from that in many Gothic, or indeed Horror, texts. The terrors she alludes to are often veiled or masked, rather than obviously gruesome or shocking. Her fiction always takes place in a realistic, recognisable world, which only serves to make the final denouement more shocking.

In much of her work, Du Maurier creates her own blend of gothic-romantic-horror in which nobody is to be trusted, the landscape is often menacing and nothing is what it seems. Her adult treatment of darker themes was ahead of its time. Her promise as an author of the macabre can been seen in her recently rediscovered short story, The Doll, which was written when she was in her twenties and can be read here: http://www.theguardian.com/books/2011/apr/30/the-doll-daphne-du-maurier.

Agincourt
The subtle horror of Dr. Jekyll and Mr. Hyde