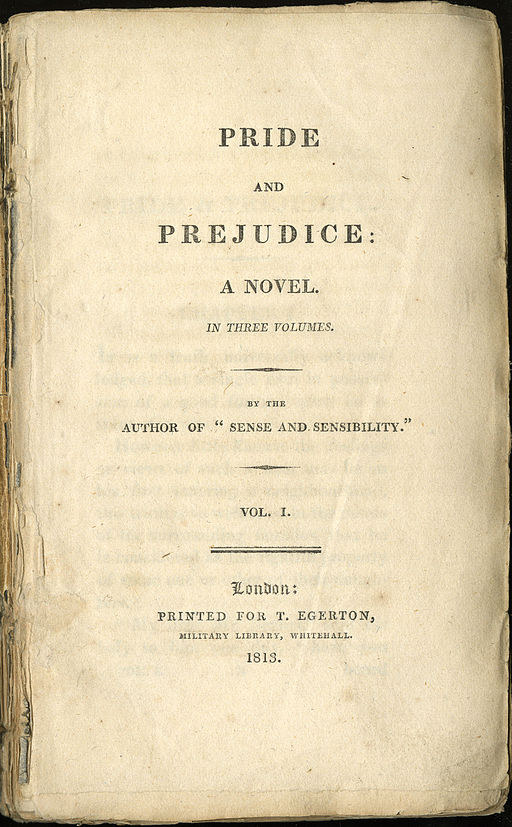 29th January, 1813: The Publication of Pride and Prejudice

Jane Austen’s most well known and arguably most popular novel, Pride and Prejudice, was first published on the 29th January 1813.

Jane first began the writing Pride and Prejudice in 1796. Initially titled First Impressions, she completed the tale of Elizabeth Bennett and Mr Darcy in August of 1797. Rather being an instant success, however, it took many years for Jane’s novel to find a publisher.

In 1797, George Austen sent a letter to the London bookseller Thomas Cadell, asking if he might like to publish his daughter’s work, but Cadell declined. In both 1811 and 1812 Jane revised her novel, and changed its name to Pride and Prejudice.

In the sixteen years that had passed since she had first written Elizabeth’s story, Jane had written Sense and Sensibility. This new novel was accepted for publication by Thomas Egerton, to be featured in three volumes in 1811 for his Military Library publishing house.

Rather than be paid for her work, Austen had to pay Egerton for the honour of Sense and Sensibility’s publication, and had to pay a commission on the sales of her book as well. Jane had to spend a third of her family’s annual household income before she could see a profit on her work.

A thousand copies of Sense and Sensibility had been sold by July of 1813. A second edition was then published in October of 1813. Only after this did Egerton decide to take a risk on publishing Pride and Prejudice as well.

Thomas Egerton bought the rights to Pride and Prejudice with a one-off payment. He sold early editions of the novel for 18 shillings each. Today one of those earliest editions is worth in the region of £60,000.

Both Austen and Egerton were amazed by the popularity of Pride and Prejudice. Its first print run of 1500 copies sold out quickly, and a second edition was printed in November of 1813, followed by a third edition in 1817. A French edition also appeared in 1813, and there were translations in German, Danish and Swedish. By 1832, a US edition was in production.

Today, Jane Austen’s most enduring novel still sells approximately 110,000 copies a year in about 130 different editions and has been made into over a dozen television series and films.

Holocaust Memorial Day: The Kishinev Pogrom of 1905
Am I a Maths person or an English person?