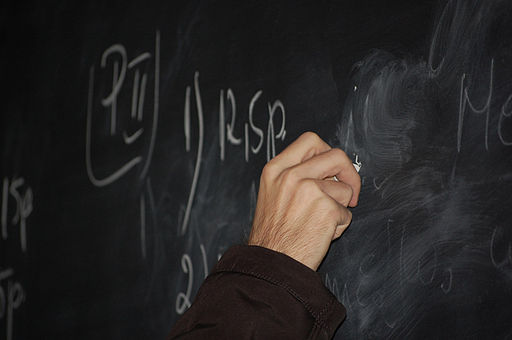 Am I a Maths person or an English person?

Most people, it seems, are better at either Maths or English. It is very rare to be talented at both, or to find oneself adept at developing in both areas. It can seem almost predetermined which subject we find easiest.

The Telegraph reported on a study conducted by the University of Baltimore on the Maths ability of 200 four year olds. The researchers chose to conduct their study on four year olds as they had yet to receive any formal maths teaching, which might have prejudiced the results. According to The Telegraph, ‘The study found the ability to work with numbers may be something that is entirely predestined – you either have it or you don’t. The ability to perform well in areas such as reading, writing or communicating also seems to be innately better developed in some people than others. Whether you are better at English or Maths, though, it’s still really important to have at least a basic grasp of both.

The BBC reported on an international study of Maths performance, commenting that ‘The maths ability of teenage girls in the UK is on average about three years behind their counterparts in high-performing Shanghai’. Although not everyone can be a mathematical genius, it should be possible for most people to gain a GCSE in the subject. There have been reports of universities complaining about the falling standards of literacy in undergraduate students over the years. A disturbing declaration, not least in that if our undergraduates are struggling to keep up, others must be finding gaining reading and writing skills to be an insurmountable obstacle.

Despite the difficulties many people have with gaining basic qualifications in either or both Maths and English, it can be life changing to persevere. In 2013, the Skills Minister, Matthew Hancock, told the BBC that ‘For those who fail to get a C at GCSE (in English and Maths), it’s a huge impairment to their future life, their ability to participate not just in work but also as a citizen.’ Even if you didn’t succeed at getting these qualifications while at school, it’s never too late to access support, guidance and encouragement through a college or distance learning course. Once you’ve gained the basics, you can focus on the areas in which you are most talented. If you are an English person, you could go on to excel in journalism, teaching, writing, or law, among many others. If you are a Maths person, you could move into science, engineering, or accountancy to name just a few. Gaining the basics (whatever your forte) will allow you identify where your strengths lie, and vastly widen the scope of career and lifestyle opportunities that are open to you.

29th January, 1813: The Publication of Pride and Prejudice
Literary Festivals for February and March