What could be the most important language of our future? 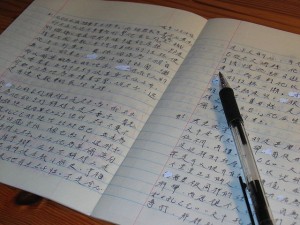 Communication, in our hyper-connected, instantaneous 21st-century world, is ‘key’ (no pun intended), and even while so much of this occurs digitally, the far older human skills of language retain their primal importance.

2014’s First World War centenary reminds us what can happen between miscommunicating nations, where their pent up tensions erupted into industrial-scale global carnage. Ironically again, perhaps computers, now used for communication and education, do in a sense owe their ancestry to machinery pioneered by Bletchley’s Alan Turing et al., for decrypting algorithmically dense intra-Axis ENIGMA traffic to help bring forward closure on the Second World War (albeit still leaving a generation and more of us overshadowed by East/West MAD).

We English-speakers do enjoy an advantage, thanks in no small part to the benign historical accident where Hollywood and IT have helped establish the lingo of our sub-European archipelago among the planet’s most widespread communicative codes. Yet how dare we tenably expect English to rule the roost forever as global fortunes wax and wane?

Your present scribe trained in European languages (French and German) in the 1970s, and subsequently taught both of these; his school back then also offered Spanish and Russian besides the grounding in Classics; but where were the great Far Eastern brush-script languages, or Arabic, even once an ex-diplomatic Arabist arrived as Head? He has since come within a whisker of an A at Mandarin IGCSE through self-directed study, but can attest that a sound working knowledge of European wordstock offers no help whatever; even to a trained and seasoned middle-aged professional linguist, that was some struggle.

Which language/s should we be embedding into our current childrens’ and students’ lives? Should we not look and think ahead to their own working lifetimes, to a changing world beyond the middle of this still newish century? Languages will probably not be, to the same extent at least, the cosy ‘local cousins’ I tackled. Mandarin, meanwhile, is rising fast in the stakes but may in turn cede to others.

However, for as long as it remains the necessary and civilised hallmark of a ‘world citizen’ to achieve and sustain meaningful conversation with at least one other race in their own tongue (for if nobody did this, we would be in serious international trouble once more); and for as long as children still pass through that cognitive-developmental stage where they delight in absorbing how to do so, we should be encouraging and equipping them for all they and we are worth. Probably, indeed, the more exotic the better!

Let’s observe and support the coming junior schools’ recrudescence, ‘catching them at that optimum age’ and turning the tide of our generally appalling (and infuriatingly, self-perpetuating and self-deprecating!) British record as linguists. Our schools and communities already echo to myriad other tongues; let’s stir our own collective selves beyond the harbour-mouth at Dover!

On poetry and Addressing the Haggis : The story of Burns Night
25 Days Later…