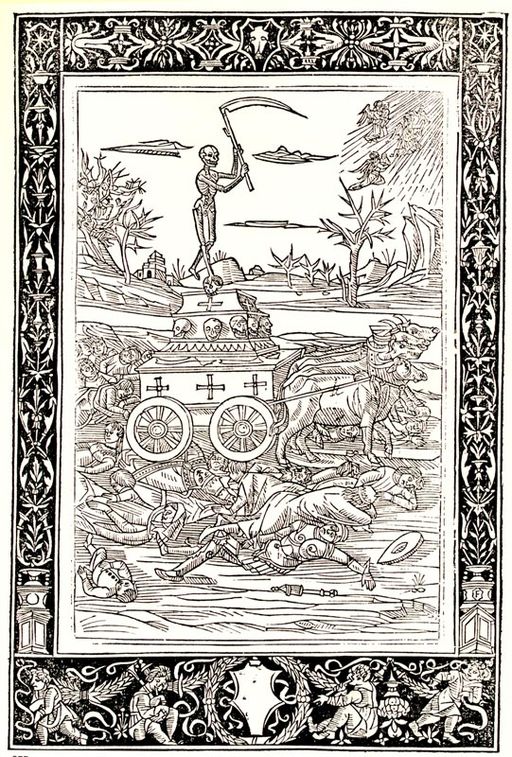 What Part Did Eyam Play Against The Plague?

In 1665, the small village of Eyam, in the Peak District of Derbyshire, became victim to one of the last outbreaks of plague in Britain. Due to the actions of the 800 people who lived there, not only did the plague fail to spread beyond the village’s borders, but medical science and its understanding of the plague advanced like never before.

In the Victorian era, Local Historian William Wood recorded that… “Let all who tread the green fields of Eyam remember, with feelings of awe and veneration, that beneath their feet repose the ashes of those moral heroes, who with a sublime, heroic and unparalleled resolution gave up their lives, yea doomed themselves to pestilential death to save the surrounding country. Their self sacrifice is unequalled in the annals of the world.”

Between 1665-1666 an outbreak of plague hit London. Subsequently a parcel, which arrived in Eyam from the capital in August 1665, delivered the plague to the village. The package was cloth, sent to the village tailor. When the cloth was removed from the packaging, it was found to be covered in rat fleas. Putting it out to dry by the fire, the tailor’s assistant, George Viccars, was quickly infected. He died just a few days later.

Most people in the seventeenth century tried to prevent the plague by smoking or carrying sweet smelling herbs or pomanders. In reality, the most useful thing they did was to clear rubbish away from built up areas. Their aim was to remove the smell- the belief being that the stench attracted the plague. Unfortunately, this removal of the rubbish only moved the problem’s source to a different location. The small mammals that carried the fleas and bacteria went away from the living quarters, but remained everywhere else.

In Eyam, the villagers acted in a very different way to any community that had been hit with plague before. Guided by the two local Reverends, Thomas Stanley and his successor William Mompesson, they worked to ensure the plague did not reach beyond Eyam’s boundary, putting into place a three point plan of action.

First of all they set up a quarantine zone which surrounded Eyam and its outskirts. It forbade that anyone go out or come in across the border line. The gratitude of the surrounding villages for this selfless act saw food supplies delivered to the line from outsiders.

The second part of the plan was to bury all plague victims as quickly as possible. They were not taken to the local cemetery as would usually have happened. Instead they were buried as near as possible to the place they died. People had begun to suspect this would reduce the risk of the disease spreading from the dead to the living.

Finally, the village took the almost unheard of step of locking the church. In a world where many saw plague as a punishment from God, this was a bold move. However, the two clergymen believed there was a danger to cramming too many people into a small space. The confines of a church, might aid the spread of infection. Instead they held church services outside.

Many families died in the village. Over a period of 14 months, 260 out of 800 villagers died. However, there is no doubt that their actions prevented the deaths of thousands of people of across the Peak District and in the nearby city of Sheffield. And whilst medical practise didn’t take note of what the villagers of Eyam had achieved straight away, slowly the procedures they had adopted were copied, such as quarantine zones to limit or prevent the spread of disease. This method of disease control was used in the hospitals of Crimea and both World Wars, and is still used today in the fight against our most deadly viruses.

The village of Eyam eventually became a case study for how to deal with a bacterial emergency, not only due to their introduction of quarantine, but because of their attempts to limit contamination and even article sterilisation. One example can be found by looking at how they paid for goods coming from outside of the village. Here, money was left in isolated water troughs disinfected in vinegar to kill the ‘badness.’

These three simple acts and the extreme bravery by the villagers of Eyam, who suffered tremendous personal loss in 1665 and 1666, not only saved many lives in the surrounding area, but gradually helped change the face of medical science forever.

For anyone wishing to know more, you could visit the Eyam village museum. Here is a link to their website with further details: https://www.eyam-museum.org.uk/