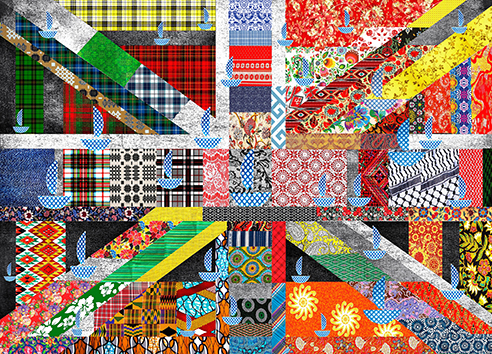 What Is Cultural Diversity And Why Does It Matter?

We hear the word culture mentioned a lot in the media. But what does it mean? Culture is a broad term that encompasses beliefs, values, norms, behaviours, and overall can be understood as our “way of being.”

The term Cultural diversity is recognised as multiculturalism. Encyclopedia Britannica defines this as “the view that cultures, races, and ethnicities, particularly those of minority groups, deserves special acknowledgement of their differences within a dominant political culture.”

Some of the recognised behaviours and actions include:

• Knowing that there are a large number of cultures that exist globally
• Acknowledging that all cultural expressions are valid
• Being respectful towards each other’s differences and values
• Valuing what other cultures offer
• Providing empowerment to encourage diverse groups to contribute to society
• Celebrating cultural differences, rather than simply tolerating them

The Diversity Of Our History

Britain has long been a mixed-race society; we were invaded by the Romans of Italy (55 BC), the Saxons of Germany and central Europe (410-1066AD), the Vikings of Scandanavia (AD 793 – 1066) and the Normans of France (1066). Africans were also brought into the country in the 17th and 18th centuries, albeit unfortunately largely as servants or slaves.

In the UK, the Scots have their own culture, likewise the Welsh and Northern Irish, and of course we English too. It all means that despite being a relatively small country, we possess a large array of different dialects, customs, music, and languages. We live in a country where many different cultures live together, with over 20% of Britain’s population now of minority ethnic background, and 25% of school age population of black or minority ethnic heritage.

However, does the UK truly embrace this cultural diversity? It seems so, as Global Future’s July 2019 survey of 2,000 UK adults suggests nearly seven in 10 of us agree that diversity has improved our culture, against 15% who disagree. According to the report, nearly 40% of our leading cultural figures are from migrant or minority ethnic backgrounds. Art, dance, fashion and music are cited as our most diverse cultural industries – while TV is a notable outlier. The Creative Diversity Network’s Diamond report has shown that diversity in British TV actually fell in 2020.

It is important to embrace multiculturalism. By learning about other cultures we can develop knowledge, understanding and critical thinking skills. This helps to ultimately lead to a more cohesive, welcoming and tolerant society for everyone.