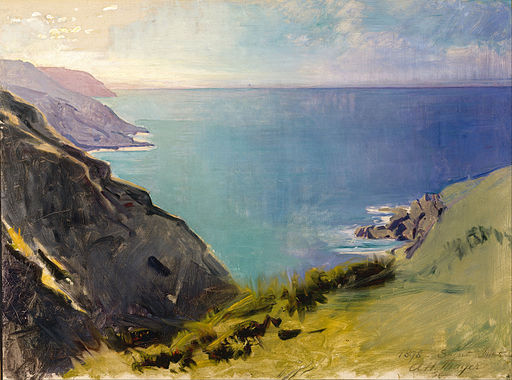 Poldark will return to our screens for a second series later this year. Unlike in many cases, the new dramatisation has been fairly true to the vision of the author, Winston Graham.

No adaptation, however, can replace the joy of reading: as good as Aidan Turner is, he cannot supplant the Ross of my imagination. I am thankful, though, that this is being aired, as it has inspired me to dig out my old copies of the novels and that has given me greater pleasure than any hour spent in front of a television screen ever could.

Winston Graham was a serious historian who strove to represent the hardships of a Cornish mining community in a realistic light. Nowadays, we romanticise the images of engine houses, photographed against purple sunsets on postcards, and think how picturesque they are; but we have the luxury of viewing them without seeing the men coughing their lungs out in the foreground at the end of a 14 hour shift, making just money enough to keep their family from starvation.

Ross Poldark is a mine owner but represents the poorest of the aristocracy, trying to remain solvent, yet benevolent. He needs to keep the goodwill of ‘society’ in order to aid the working men who are his friends, a difficulty which he never fully resolves.

The villain of the piece is George Warleggan, grandson of a blacksmith and son of a banker who mirrors Ross in his endeavours. Where Ross seeks to shun his status and remain faithful to his workers, Warleggan is constantly striving to rise above his lowly roots and use his wealth to compel others to respect him.

Elizabeth is the love interest; all the men adore her. Ross loves and loses her, his cousin Francis steals her but squanders her, and George Warleggan marries her but cannot retain her fidelity or preserve her life (Spoilers…).

And amongst all the turbulence there is Demelza, the grateful serving maid who becomes Ross’s soulmate, although they have to weather many a storm.

It is a fascinating sequence of events encompassing passion, murder, smuggling and mining disasters, all set under a brooding Cornish sky. Well worth a trip.