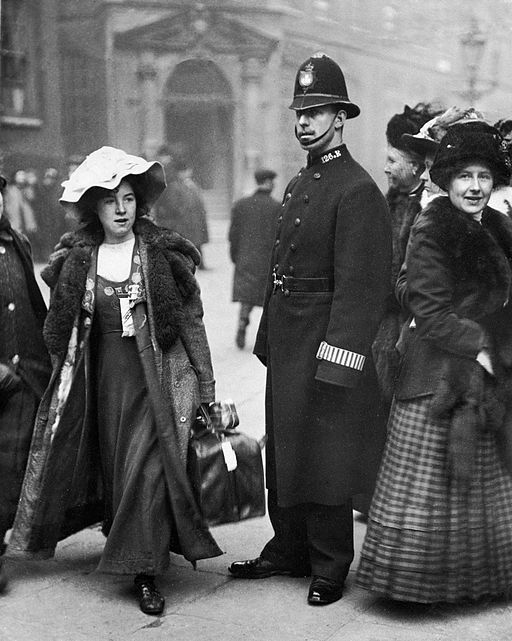 The Suffragette Movement: A Violent Campaign

The Suffragette movement, which campaigned for the right for women to vote, began peacefully in 1897, but by 1905 it was embroiled in violence. Initially this aggression was a reaction by others in response to the Suffragette’s protests, rather than being started by the women themselves. However, this situation gradually changed, and the campaigners were soon adopting violence as a way of making themselves heard.

When the Church of England let it be known that they were against women getting the vote, Suffragettes burnt down some churches. They committed high profile acts of vandalism, and even chained themselves to Buckingham Palace after it was declared that the Royal Family were against women having the right to vote. The violent side of the movement escalated further, as politicians came under physical attack travelling to work and had their homes firebombed. The Suffragettes also stopped paying their taxes, as they’d had no say in how those taxes were planned in the first place.

The women accepted they’d have to go to prison for their crimes, and hoped to highlight their plight as a result. The Suffragettes had a policy to go on hunger strike once they were in prison, so that the government would be shamed if they died in custody.

At first the prison governors were ordered to force feed Suffragettes, but this caused a public outcry, and so the government introduced the Cat and Mouse Act. This meant that when a Suffragette was sent to prison, they would be allowed to go on hunger strike without interference, then, once they were very weak, they’d be released so they would die outside of the prison grounds, and so not making them the government’s responsibility. In addition to that, the newly released women would be too weak to actively rejoin the Suffragette campaign.

The government had hoped The Cat and Mouse Act would bring the movement to an end. In reality however, it made the Suffragettes even more extreme, and ultimately led to the most infamous act associated with the Suffragettes. It occurred during the 1913 Derby horse race, when Emily Wilding Davison ran onto the race track and threw herself under the King’s horse. Davison was killed; the Suffragettes had their first martyr.

Rather than bring the Suffragette’s support as she had planned, however, Emily’s actions set back the entire movement. Even those men who were beginning to think women should have the vote changed their minds. They reasoned that, if an educated woman would run in front of a horse just to prove a point, surely they couldn’t be trusted with the responsibility of the vote?

Whether the Suffragettes would have become even more extreme in their campaign will never be known. In August 1914, Europe was plunged into World War One, and in a display of patriotism, Emmeline Pankhurst instructed the Suffragettes to temporarily end their protest and help their country in the war effort.

Rather than the active protests of previous years, it was to be the vital part played by the women of Britain during the war which became the turning point in the fight for the rights of women. In 1918, the Representation of the People Act was passed by Parliament, and the first step on the road to women having the same voting rights as men were finally taken.

The Start of the Suffragette Movement
Opinion: EBac: Which side are you on?