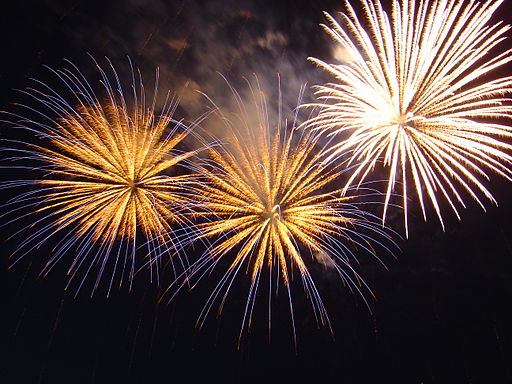 Home Schooling Adventures in Spain: The Festival of San José

Last year our family moved to Spain, and we have been learning how best to adapt and enjoy our new surroundings and people ever since. Learning to integrate into Spanish life isn’t just about learning the language, it’s also about learning about the Spanish fiestas – and the Spanish really love their fiestas!

March 19th is “San José” day, the day celebrating Saint Joseph. Saint Joseph, the bible says, was engaged to Mary when she became pregnant with Jesus. They married, and raised him together, so San José day is also Father’s Day in Spain and many other Catholic countries. Joseph was a carpenter, which of course is the training that he passed on to Jesus as he grew up, and it is also why he became the patron saint of carpenters.

In Spain, San José day is an important celebration which often lasts in actual fact for several days, with whole villages joining in the fun. In our village, preparations began two weeks beforehand with huge marquees covering the central plaza and firework towers being installed. Inside the village church a “falla”- a scene made from cardboard or wooden figures – is prepared for display during the celebratory weekend. A travelling fair arrived at the sea front and prepared to run all weekend and Monday, entertaining the children and young teenagers, while temporary bars under the newly raised marquees were packed with older teens and adults fighting for a space to get their cerveza (beer) and tapas. Women and girls dress up in beautiful Spanish flamenco dresses, many clearly vintage – perhaps lovingly passed to them by their grandmothers. Everyone is together in the plaza. Young and old, generations of people all come together, celebrating their fathers and grandfathers in the Spanish family tradition of togetherness.

San José happens to be the patron saint of our Spanish village, so the celebrations here are even bigger than those in the surrounding villages and towns. Loud fireworks are sounded periodically throughout the entire celebration period to announce the next item on the schedule. The fair opens – fireworks bang; Church mass – fireworks; Bar opens – boom; Firework display about to start – yet more fireworks just to announce it!

“Loud” is a major feature of Spanish fiestas! For outsiders it can be hard to tolerate the relentless sounds of Spanish special occasions. Across an entire weekend and Monday we had the sounds of the fair combined with music and dancing from the pop-up bars and aforementioned frequent firework booms. But all this pales into insignificance when the evening parties start – and for the Spanish, the evenings mean from 1am onwards! Experience has now told us that every night a Spanish band plays under one of those giant marquee in the square from 1am to 5am, after which the morning entertainment is announced by 20 of those loud fireworks at around 9!

Spanish fiestas are not for the faint of heart but they are a phenomenal visual feast with the central focus – in fact the entire purpose – being that friends and family celebrate not only the day of the Saint but also the joy of life and being together.

Could A.I. create the Social Life of our Future?
Success through Peace: Martin Luther King, Jr.