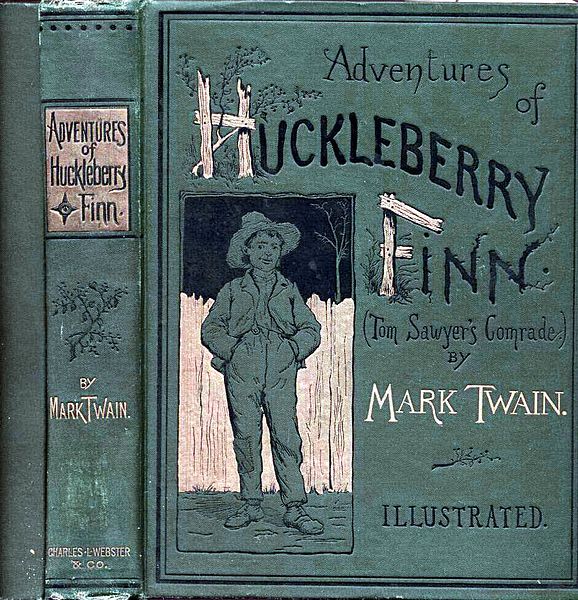 The Moral Quandries Of Huckleberry Finn

The Adventures of Huckleberry Finn by Mark Twain is a revolutionary book that still holds much relevance today. The powerful friendship of young Huck and runaway slave Jim highlighted many of the great racial injustices of the past, and astounded generations of readers the world over. The work was written retrospectively in 1833 after the abolition of slavery in the United States, but it captured the inhumanity of that period through a spectacular use of satire.

The tale is about a young white child named Huck and a black runaway slave named Jim. Together, they embark upon many adventures while avoiding the authorities, fleeing down the Mississippi River on a raft. They become embroiled in the feuding of rival families (which involved deadly skirmishes in the 1800s) and an assortment of other unlikely events, all in the name of escaping Huck’s abusive father and setting Jim free.

“That is just the way with some people. They get down on a thing when they don’t know nothing about it.” – Huckleberry Finn

Unfortunately, The Adventures of Huckleberry Finn has faced a great deal of censorship in schools, particularly in America. This was due to Twain using racial expletives at a myriad of points in the text. However, while it is admittedly awful to see such hurtful bile in casual and open use, it’s also worth noting that Twain wrote the ugly face of racism accurately so that he could dismantle it perfectly within his fiction. Satire was his weapon of choice here, and it enables the moral quandaries of Huck Finn to land on a firm resolution by the novel’s end.

Twain wielded satire with such exquisite precision that elements of charm and humour were regularly injected into what is otherwise a poignant commentary. It meant that the evillest of characters behaved as the pathetic, outlandish buffoons they really were, ignorantly unaware of their own idiocies and hypocrisies. In other words, Twain presented racists as thundering morons who cannot be taken seriously at any juncture. Their dogmatic views are void of logic and all reasoning, and this is something his satire beautifully lays bare.

Almost from the outset, Huck has a deep-rooted desire to turn Jim in. We see how the racial stereotypes that are embedded in law and society fester within him. However, the obvious irony here is that Huck is a white child who values his freedoms above all else. He rejects society, education and almost everything else in favour of doing precisely what he wants, free of all control. So, when Jim’s enslavement starts playing on his mind, the man’s circumstances act in opposition to Huck’s own values. Despite all of this, there’s still a nugget of society embedded within Huck that seemingly can’t be stamped out, no matter how much he runs away or rejects his education – the racist part. There’s a thick dichotomy in here that only satire can dare to break into and resolve.

Of course, Huck eventually overcomes the conditioning of the American South once his friendship with Jim develops, and he plays an active role in helping Jim secure his freedoms. He sees before him a human being, not a piece of property. The fact that a child can succeed in reaching this level of understanding where adult society has failed time and again speaks volumes of how powerful irony and satire can be. The point is that long held, racist beliefs that have powered the economy of a nation don’t hold up for a second the moment they’re exposed to an ounce of real scrutiny. Even from a young child!

A sense of humour and common sense is needed to appreciate the work for what it is. Unfortunately, The Adventures of Huckleberry Finn is often perceived as something it is entirely not. It is not a glorification or perpetuation of racism in society as many naysayers have claimed, but rather an unrelenting critique upon it. A reader need only glimpse the quote above to understand that is in fact the case, written as a notice before the story starts. It frames the whole thing perfectly, and it’s in the spirit of this blatant sarcasm the work must be viewed. One must read beneath the surface level to really understand what Twain is getting at.

The final word in all of this can be found in the roles of nature, landscape and riverscape within the text. Much like Mark Twain, Huck prefers something of a solitary life, out on the river upon rafts and boats with naught but nature around him and a will to go to wherever they please. In the purest moments of the book, society is nowhere in sight. Huck finds his goodness within himself, without the influences of a wider society telling him what to think or feel about matters. That’s rather telling of where both Twain and Huck Finn stand in the fight against racism.

If you’d like to know why the book’s author, Mark Twain, is still so important today then click here.