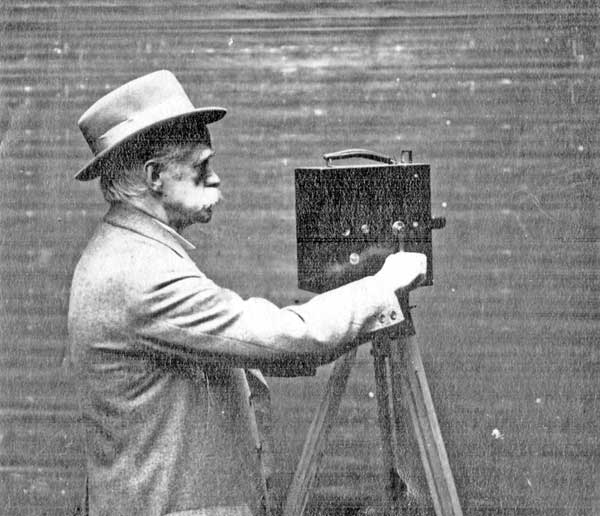 The history of the silver screen

The origins of cinema can be found in the 1890’s, with the invention of the first motion picture cameras, which quickly led to the establishment of the earliest film production companies.

Until 1927, films that had images that moved were never more than a minute long, and were totally silent. Once these first short pieces of film had been made, however, the film industry grew with great speed, and within only ten years the industry had moved from a novelty to an established large-scale entertainment business.

In 1897 a rotating camera able to take panning shots was developed, and shortly afterwards the first film studio was built. By the early 1900’s minor special effects were introduced and successive action shots were achieved, along with close ups.

The most popular early movies were known as “chase films”, where a villain was chased by the hero for almost the whole picture. In 1905, the first successful permanent theatre, or cinema, The Nickelodeon, was opened in Pittsburgh, America. Only five years later, actors were credited in the films, and newsreels were played alongside movies.

New methods of filming and lighting were developed all the time, and during the First World War, the cinema became increasingly important, not just for morale, but for keeping everyone informed about world news. As a result, cinema venues became larger all across Europe, America, Australia and Britain.

The Americans quickly became forerunners in the film market, with directors such as D.W. Griffith being amongst the most respected directors of the age. The development of Hollywood in California formed a glamorous centre for the production of film, and by the 1920’s the USA was producing an average of 800 feature films a year, 82% of the global total.

In 1927, The Jazz Singer was released. This was the first movie with synchronized dialogue (and singing) in a feature film.

Following the end of World War II, when the cinema became one of the most important propaganda machines of the war, the 1950’s saw a ‘Golden Age’ in cinema. Not only were films being made in English, but in all languages, right across the world.

More popular than ever now, the cinema industry is one of the most profitable businesses in the world. With the advent of the long awaited new Star Wars movie, released today, it looks as though that popularity isn’t going to fall anytime soon.

The Enduring Appeal of the Spy’s Tale
How does unconscious bias affect work?