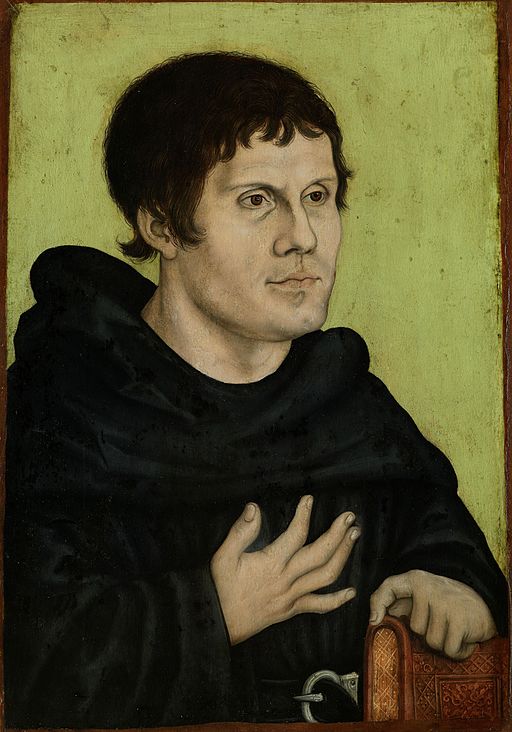 Martin Luther and the Protestant Reformation

Some 500 years ago, Martin Luther, an Augustine monk, wrote his “Disputation on the Power and Efficacy of Indulgences”, charging the Pope, Leo X, with selling forgiveness for sins to raise money to bankroll the building of Saint Peter’s. He argued that such dispensations from time in purgatory and divine punishment could only be granted to sinners who demonstrated repentance – not for cash donations.

Luther’s message spread rapidly through Europe, helped by the invention of the printing press in 1518. His “95 Thesis”, supposedly nailed to the doors of All Saint’s Church, Wuttemberg, on 31st October 1517, was a direct challenge to the authority of the Pope and a revolution in European thought.

Luther’s reformation freed men’s minds to engage in scientific and philosophic enquiry, and to question the medieval concept of the “Divine Right of Kings” and was therefore at the heart of the English Civil War of 1642, which established the authority of Parliament and thus the origins of representative government. The reformation was the intellectual foundation of western capitalism and crucial to the ideas of the Enlightenment, which came to dominate C17th and C18th thought. Luther’s marriage to Katherina von Bora (an ex-nun) in June 1523 also challenged the practice of clerical celibacy. However, whilst Luther might have been a heretic, in many respects he shared much of the bigotry of his times. For example, he was a rabid anti-Semite and was intolerant of Christian herecies to a similar extent. In politics he was an unbending conservative, bitterly opposing the attempt by the peasants to their manorial lords (The Peasant’s Wars of 1521-25).

Perhaps Luther’s most lasting contribution to the modern world was his separation of religion from secular politics: “Give unto Caesar that which is Caesar’s, and unto God, that which is God’s”, a clear break between church and state, with the secular authority paramount in all matters of practical politics and government.

Successful Studying – It’s all about time
Episodes of Fact in Fiction: The Man with the Golden Gun