Should two year olds be enrolled in schools to improve attainment?

The Chairman of Ofsted has announced that two year olds should attend schools to give them the best start in life. Why does she think this and do other experts agree?

For most two year olds life revolves around playgroup, Peppa Pig, potty training and perhaps the odd tantrum when things don’t go their way. Now the Chairman of Ofsted, Sally Morgan, has argued that our toddlers should be in school. Baroness Morgan says that we need this “big, bold, brave move” to stop the poorest in our country facing disadvantage later on in their school career. Recent research has suggested that the achievement gap between five year old children from rich and poor backgrounds is as great as nineteen months. Thus a child from a poor background has a significant disadvantage in Reception class, and there are concerns that this follows them through school. Morgan argues that in order to fight this “dire start” toddlers should attend school nurseries to combat the disadvantages they face at home.

Currently all three and four year olds are entitled to fifteen hours free childcare, and it is estimated that about 96% of families make use of this offer. Two year olds who come from a household with an income of less than £16,000 (or who reach other qualifying criteria) also receive fifteen free hours. This provision can be used in a variety of settings, such as private nursery, childminder or pre-school, but many school nurseries prefer to leave their places open for four year olds, who they feel would benefit most from being in a school environment. Morgan is asking for schools to address this issue, claiming that poorer children often face bad diets, inadequate housing and chaotic parenting and need to be in school at a younger age. The Department for Education has pledged to make it easier for schools to accept two year olds, and to expand the space available in nurseries.

Morgan’s comments have been met with bemusement by the wider public, and with shock by the education sector. The Pre-School Learning Alliance declared her idea was “beyond belief” and argued that different childcare settings were suitable for different children at this age. Interestingly, a new group has recently been formed called the Save Childhood Movement. Backed by Dr Rowan Williams, Baroness Susan Greenfield and Philip Pullman, alongside many psychology and education experts, it argues that formal education starts too soon in England. It points out that English children start formal schooling earlier than in 90% of the world. The  ‘Too Much Too Soon’ campaign argues that children should not start school until the age of seven. It also argues, perhaps in sharp contrast to Morgan’s ideal, that the early years should be a stage in itself and not preparation for school and that baseline testing should not be carried out on toddlers.

For the Save Childhood Movement, they believe that life for two year olds should revolve around toys, cartoons and playing. Yet others like Morgan will argue that this is an idealised vision of toddlerhood not available for all. For those disadvantaged toddlers, maybe the best place for them is in a caring and gentle school environment. 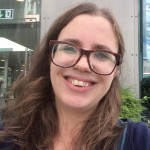