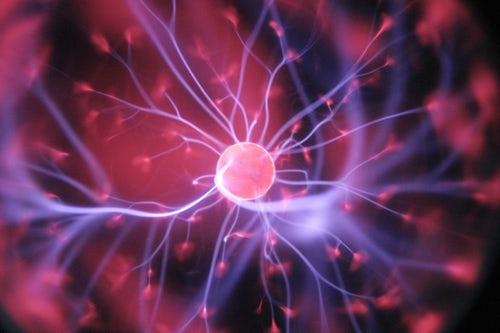 Psychology: What is it?

Why do we do what we do?

That is the core question you will be asking yourself as a student of Psychology. Clinical, social, criminal, sports: there are many specialities to be explored if you’re interested in a career in the subject, but a solid grounding in the core theories and principals of the science of the mind is required first. This is what courses in psychology – such as those at the GCSE and A level offered here at Oxford Open Learning – can offer you.

Psychology is a science, so you will be using objective scientific methods to theorise, test and make conclusions about the human mind and why we behave in certain ways in certain situations and environments.

It might be helpful to think of the study of psychology in terms of two main areas. The first is cognition, which considers the brain’s internal functions,  such as memory and perception. The second puts these processes into their social context, looking at the way humans interact with each other and our environment: communication, social influence, and mental disorders like schizophrenia and depression.

You will approach these psychological questions from a number of different perspectives, all of which have been developed as distinct branches of the subject. Perhaps the two most noteworthy are the biological and behaviourist approaches. The first of these states that human behaviour is a product of the brain and nervous system’s biological functions. This includes its physiology; for example, how brain injury can affect behaviour. An interesting case of this arose in 1848, when a railway worker named Phineas Gage found his entire personality changed after he miraculously survived an accident in which an iron rod was driven through his head, destroying most of his frontal lobe. Genetics are also important here, for example to investigate whether certain psychological characteristics, such as intelligence, are passed on from parent to child. Charles Darwin and his On the Origin of Species was a major figure in developing this perspective.

Where biological psychology looks to internal functions, the behaviourist approach believes that a person’s external environment and their life experiences has the biggest impact on their character and behaviour. You might have heard, for example, of Ivan Pavlov and his theory of classical conditioning – he demonstrated that dogs change their behaviour (salivating) in reaction to a stimulus – such as a bell ringing – when they learned to associate the sound with the arrival of food.

The differences between these two approaches can be summed up in the phrase “nature vs. nurture”, the debate between those that believe that personality is pre-wired by genetics, and those that support the view that it is our environment and experiences that shape us the most. But these are far from the only two approaches to psychology.

• The evolutionary approach says that many of our behaviours are “left over” from humanity’s hunter-gatherer era over 10,000 years ago, and that they are developed primarily with survival and reproduction in mind.
• Cognitive psychology likens the brain’s processes to those of a computer, with information input, storage and output.
• The controversial psychodynamic approach famously developed by Sigmund Freud and his contemporaries.

Although the roots of psychology can be found in the philosophy of the ancient Greeks, it has only come to be recognised as a scientific discipline in the last 150 years or so. It asks a simple question that branches off into a complex web of fascinating answers – and to further questions, many of which are yet to find any definitive answer at all.