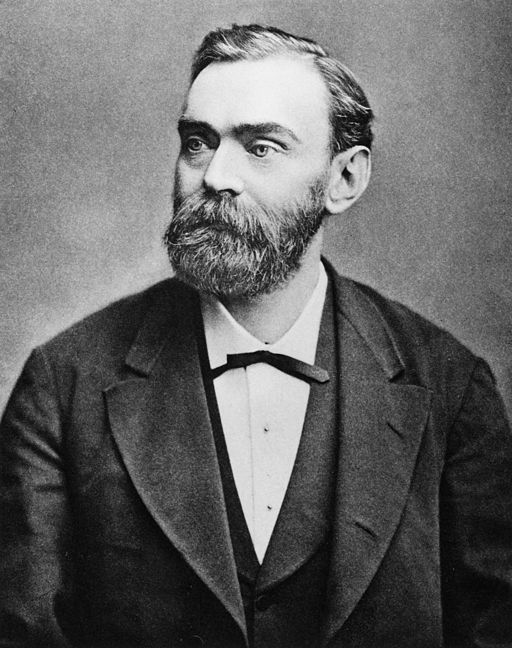 A Prize Worth Winning

Imagine a prize that’s the best of all. Better than a club prize, better than a university degree, better than promotion at work or a pay rise. Better than the most exotic holiday you’re ever had. A prize where people from all over the world think you’re the person most worthy. Because you’re simply the best in the world at what you do. Interested?

Such hyperbole can be applied to the Nobel Peace Prize – and each of the other prizes that go with it. These were awarded recently to top scientists, thinkers, politicians and world leaders. And others. And to get one you really do have to be the best in your field or the one who’s tried hardest to achieve something.

It all happened thanks to Alfred Nobel (above) of Sweden, a wealthy industrialist who set up a foundation with a legacy to acknowledge great efforts and achievement. The annual awards ceremonies have been going for a long time now – the first prizes were awarded in 1901 – and when you find out about the winners it soon becomes clear they really have pushed the boundaries of existing knowledge or been responsible for discoveries and inventions that have benefited many of us.

There are six prizes crossing various sciences and literature, and the Nobel peace prize itself, which is probably the best known. A recent winner was Malala Yousafzai from Pakistan, one of the youngest recipients, who campaigned for the rights of children. This year the prize went to the negotiators of a peace deal to help stop a 50 year old civil war in Colombia. The peace hasn’t quite started yet but the prize shows how much progress has been made towards achieving it, from a point where it seemed impossible.

Some of the science prizes are fascinating; sounding more like science fiction than science fact. Three physicists have been recognised for discovering that, in theory at least, materials and gases can exist in more forms than anyone realised. So water exists as sometimes not just steam, liquid and ice but in different forms as well. I know, it seems incredible, but many familiar and useful advances in science have started this way.

The Nobel prize website tells you all this and much more. Most prize winners are well established in their field – they have to be to be able to do these things. And they come from a lot of different countries. Great Britain has done quite well, and the Americans, who have many of the top universities, have perhaps done the best of all.
So if you’re ever curious about these areas and you have a strong sense of adventure and you’re prepared to work hard, who knows what you might be able to achieve. A good exam result – or maybe even a Nobel prize one day. Now there’s a thought.