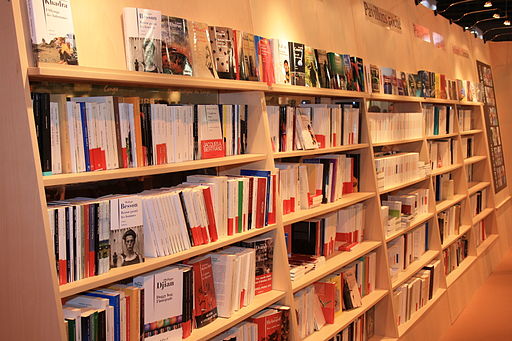 Over the years there have been different distinctions in relation to women’s writing, regarding their topics of interest, style, and the never-ending comparison to prominent men’s work of each era. However, there is one that really caught my eye and literary interest; that of Elaine Showalter in ‘A Literature of Their Own,‘ where she breaks women’s literary works into three stages: the Feminine period (1840s-1880); the Feminist period (1880-1920); and the Female period (1920-today). Taking a closer look at these dates, one can see that there were significant elements that affected a woman’s pen, such as the use of male pseudonyms in the Feminine era in order to break into the male-dominating publishing world; the right to vote, which came at the end of the Feminist era in 1920; and the pivotal point of self-awareness for women in the 1960s, which certainly influenced modern writing.

Analysing each period, it is clear that some of the most prominent women writers in the Feminine period are the Bröntes, Elizabeth Gaskell, George Eliot and Florence Nightingale, all of whom paved the way for subsequent generations of women writers and who left their mark not only in the publishing world of the 19th century but also in today’s schools and universities, their work being considered as classics. Of course, one cannot always stray from an era’s societal issues, and it was well documented that women were, more often than not, oppressed. Therefore, in spite of them being progressive and rebellious for their time, their writings revealed a number of common topics, such as sexuality, “feminine awareness,” and a collision between “obedience and resistance,” as Showalter suggests.

During the Feminist period, writing was an acceptable form of protest for women. They turned to writing in order to have their voices heard and make their opinions matter. They wrote of women’s unfair treatment as being inferior to men and of their economic suppression. One way of distorting the perfect picture that women were supposed to have was that in novels they turned out to be insane with instances of bigamy in their lives and thoughts of murder. Nonetheless, the common theme of suppression still crept its way into their stories culminating in the exact opposite of a happy ending. Some prominent writers of the Feminist era were Mary Braddon, Rhoda Broughton, and Florence Marryat.

For a large part of the Female period, writers such as Katherine Mansfield and Virginia Woolf attempted to go for a more sexualised protagonist, but equipped with conflicted and controversial societal views. Through their writing, women created an inner space, according to Showalter, which more often than not included self-destructive properties for the protagonist.

However, with the coming of 1960 and a new age for women, writers such as Doris Lessing, Iris Murdoch, and Muriel Spark were no longer afraid of using previously banned and inappropriate language in order to bring out women’s sexuality and creativity. More feelings also come into play in their writing, namely anger, revealing how important it was for women to be able to express the likes of it, but not being able to because of social standards.

It is always preferable for one to have their own opinion on an author and their work, so here are some of the most prominent writings of the women mentioned in this article:
 The Brönte sisters: Jane Eyre, Wuthering Heights, Villette
 Elizabeth Gaskell: North and South, Cranford
 George Elliot: Middlemarch
 Florence Nightingale: Cassandra
 Mary Braddon: Lady Audley’s Secret, Aurora Floyd
 Rhoda Broughton: Red as a Rose Is She, Not Wisely, but Too Well
 Florence Marryat: There Is No Death, Her Father’s Name
 Catherine Mansfield: The Doll’s House, Miss Brill
 Virginia Woolf: Mrs. Dalloway, A Room of One’s Own
 Doris Lessing: The Golden Notebook, The Grass Is Singing
 Iris Murdoch: The Italian Girl
 Muriel Spark: The Prime of Miss Jean Brodie