America’s Dilemma in the Middle East 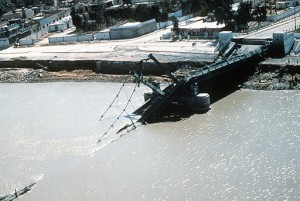 US foreign policy has broken bridges in the Middle East and at home. 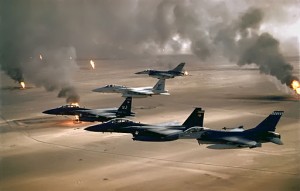 The First Gulf War accelerated a spiral into chaos in Iraq.

After the Second World War, two global powers emerged – the Soviet Union and America. During the”Cold War” that followed, America extended her military presence and influence westwards into the Pacific, and eastwards beyond Europe and into the southern Caucasus, Asia and the Baltic. This expansion came to an abrupt halt after its disastrous war in Vietnam, however, and ever since that turning point America has been in retreat. During this retreat, they have suffered or caused several more major military/political disasters; the Iraqi wars and Afghanistan are prime examples. And now, all this has brought the US to the point of “no return”.

Unfortunately, now America has retreated so much that it has developed problems of a different nature. Current rhetorical red lines in the sand do not impress the Russians in Ukraine. Everywhere now, American foreign policy presents an image of hesitancy and impotence.

It is not difficult to see why American intervention in the Middle East is such a difficult problem for the Obama Administration. Their presence in the region is disliked both culturally and economically. Neither do the American people welcome more dead youth lost to such a thankless cause. Then there is the confusion and chaos in the Middle East itself. Iraq is a deeply fractious society; Sunnis fight Shia, Kurds are effectually autonomous from the rest of the country, tribal rivalries set communities against one another. The Iraqi army has also virtually disintegrated, degenerating into a private bodyguard service surrounding the deposed former American-backed Prime Minister Nuri al Maliki. Putting boots on the ground would only catapult US soldiers into a dysfunctional madhouse.

Loyalties and alliances continually shift, as all sides follow the dictum of “my enemy’s enemy is my friend”. Nor can America rely on extended practical help from its allies in the West; the EU is as hesitant as America to commit troops. Britain has depleted its armed forces and can no longer claim to be a world power.

American relations with predominantly Sunni Saudi Arabia and Shia Iran, as well Turkey, also present problems. They import oil from the former, yet Saudi supports Jihadists movements throughout the Middle East. America and Iran, both rivals of Saudi and Turkey) seeks compromise over its nuclear programme. There is also the problem of President Assad in Russian-backed Syria, where ISIS is making steady gains. Does America defeat ISIS in Iraq but leave it to gain Syria? Or do they switch sides and allow Assad to0 survive?

Conditions in the region are not favourable to any broad-based, coalition being able to achieve a general settlement : it would have to encompass Jordan, Lebanon, Hezbollah and the Palestinian-Israeli conflict. An unappetising, near-impossible task.

Given this multi-layered complexity, America’s cautious intervention using only its air-power makes sense. Minimum force satisfies Iran, and for the time being they can also assist Kurdish forces in retaining American oil interests in the area.

Are Kindles losing the plot?
Opinion: Do GCSE’s have a future?