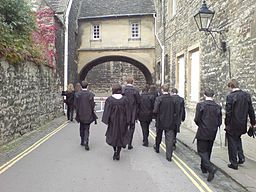 Mature Students: Better equipped for University or not?

Most people who go to university begin their higher education straight after school. Although gap years can be popular, the weight of student loans often results in many new students being as young as eighteen. There are several advantages to attending university as a young person, including being accustomed to education and learning. However, there are also several compelling reasons for being much better equipped for success at studying for a degree after working for several years. And whilst gaining a degree has lost its credence among some in recent years, higher education can be life changing and extremely rewarding for many people.

A person who attends university as a recent school leaver is unlikely to be worried about adapting to the demands of their course. If they have performed well in their A Levels, they will have been studying hard for the past two years. Attending lectures and tutorials will not appear to be too much of a leap.

Moving onto the university campus, or living in halls of residence can be great fun, and an opportunity to really embrace the student experience. Spending time with other students and enjoying sport, going to parties and enthusiastically participating in ‘experimental’ cooking can be the best and most formative years of a person’s life. Starting university at 18 or 19 years old usually means that there are no responsibilities to worry about. That freedom can allow a person to fully benefit from everything that university life has to offer. However, someone embarking on a course of study as a seasoned member of the real world is probably much better prepared for the hard graft and dedication that studying for a good degree really involves.

Having worked for several years, a new student will choose their course subjects very carefully. Rather than opting for whatever route friends are taking or kowtowing to the wishes of one’s parents, the mature student researches and evaluates all the options available. They will also be better equipped at looking after themselves. Rather than writing coursework late into the night accompanied by a raging hangover and a vat of Red Bull, the mature student will probably be getting eight hours sleep every night and eating food that does not come from a carton! Being well rested and eating well can be instrumental in success at any course of study. Being responsible for course fees means that the older student won’t be looking for excuses to get out of studying. Finally, but perhaps most importantly, they will likely be more motivated than any school leaver, because being at work for several years opens a person’s eyes to the true value of education!

Being a mature student then, is no bad thing. Don’t let anyone tell you otherwise!

Do we Really Want our Libraries?
Flagging Motivation after Christmas? Advice to Kick on with.