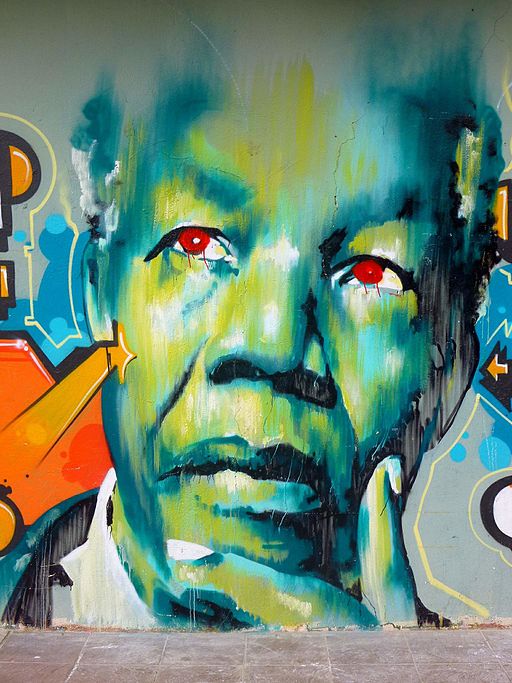 The Imprisonment of Nelson Mandela

On 5th August 1962, Nelson Mandela was imprisoned for attempting to overthrow South Africa’s apartheid rule. Born in 1918 in Transkei, a part of South Africa, Rolihlahla Mandela (known as Nelson) grew up in a country where black people had little or no say in how the nation was run. Then government was a white person only zone, leaving most black people to work as servants in factories and on farms. As a consequence, it was the black community who were the poorest members of the South African population.

Nelson Mandela studied as a lawyer in Johannesburg, and in 1944 joined the African National Congress, or ANC. The ANC wanted black South Africans to have the same human rights as whites. However, the situation worsened for black population in 1948, when the South African government made new laws to keep white and black people apart. This new system was called apartheid. Suddenly, a white person and a black person could not marry. Black and white people could not share a table in a restaurant, or even sit together on a bus, and black children and white children were forced to go to different schools.

Mandela’s first major act of defiance was to form South Africa’s first black law firm with his colleague, Oliver Tambo. Soon after, Mandela began to lead the ANC, and was joined by many people, both black and white, who wanted to speak out against apartheid. Mandela hoped that peaceful protest could get rid of the policy, but what he was trying to do was very dangerous, and in 1956, Mandela and 155 other people were arrested and imprisoned for treason. It was only after a trial lasting five years that he was set free.

In 1960, some people held a demonstration against apartheid at Sharpeville, near Johannesburg. The police shot dead 69 black people. Despite this, the government blamed the ANC, and subsequently banned the organisation. It was at this point that instead of being the leader of the ANC, Mandela became that of a secret army, known as Umkhonto we Sizwe, or ‘Spear of the Nation’. As a result, he was hunted by the police, and had to hide and use disguise. He also travelled to other countries to ask for help, but on 5th August 1962 Mandela was arrested again and accused of plotting to overthrow the government. In 1964, at the age of 46, he was given a life sentence.

Mandela was sent to the prison on Robben Island, where he spent 18 years. He was forced to do hard labour, and only allowed one visitor every 6 months. In his later years however, he was moved to another prison. Not long after this imprisonment, Mandela became the focus of a worldwide campaign to be freed. However, it still took until 1988 for the South African government to begin to make changes.

In 1990, South Africa’s new President, FW de Klerk, set Nelson Mandela free. Mandela and de Klerk formed an agreement to state there would be no more fighting, and Mandela called on all South Africans to work together in peace. The following year he became leader of the reinstated ANC, and by 1994 all black people in South Africa were able to vote for the first time. The ANC won the first fully democratic election, and a new government took over. Finally victorious, with his life’s ambition achieved, Nelson Mandela was chosen to be South Africa’s first black president.

Which Olympics?
A Quiet Weekend in August