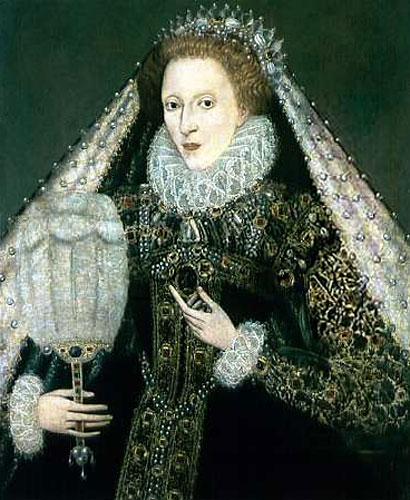 How Great Was Elizabeth I?

Elizabeth I was crowned Queen of England on January 15th, 462 years ago.

During her reign, Elizabeth I oversaw a period remembered fondly as the Golden Age. She has gone down in history as a successful monarch who brought stability to a weak, impoverished country, after the chaotic leadership of Henry VIII and his string of successors. But was she really the great Queen that many say she was? Here are some reasons to question her place in history.

Mary Queen of Scots was the next in line to the English throne. This would lead to Elizabeth keeping her under house arrest for nineteen years, after which she was accused of complicity in a plot to murder Elizabeth, in 1586. Mary was beheaded soon after, on the 8th February 1587. This episode suggests Elizabeth I was an indecisive and paranoid monarch.

There Were Plots Against Her

There were four big plots against Elizabeth I; the Northern Earls Rebellion in 1569, The Ridolfi Plot in 1571, The Throckmorton Plot in 1583 and The Babington Plot in 1586. These rebels wanted to return England to Catholic rule. But the plots were unsuccessful, and the rebels killed or imprisoned.
Elizabeth’s reign lasted for 45 years.

The Influence Of Her Advisors

Elizabeth received guidance from a ring of advisors that included William Cecil and Robert Dudley. Some have accused her of being manipulated by the men in her government. However, there is just as much if not more evidence to counter that she was a strong-willed, intelligent woman (she spoke five languages) who always had the final say.

Elizabeth I Died Without An Heir

Elizabeth died a “Virgin Queen” with no husband or heir to the throne. This caused a lot of public and governmental anxiety. Ultimately, it is because she was independent and dedicated to her country that we remember her as a great monarch.

Some have accused the Queen of vanity. She covered her smallpox scars with white paint, wore a bright red wig and dressed in decadent clothes. However, her appearance was also an excellent form of propaganda. She became a symbol of wealth, authority and power.

Overall, Elizabeth was a strong, complex Queen who oversaw a period of national change. There are reasons to justify many of her perceived flaws, in truth. By the time she died in 1603, Elizabeth had achieved a lot. She managed a stable government, built a strong navy, defeated the Spanish Armada, increased literacy rates, encouraged exploration of the New World and expanded overseas trade.

A Short Essay On Essays
Winston Churchill: Famed And Flawed

Georgia is a freelance author and researcher, living and writing in the North West. She is a History graduate with a special interest in diverse histories.