Housing in Britain today: No way in 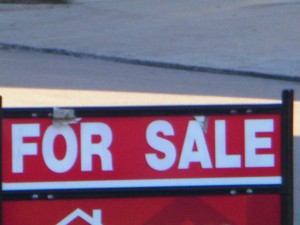 As students, we strive to learn and gain the benefits of academic knowledge. On a purely pragmatic level, one such benefit is the ability to possess a degree of material wealth with which to make our lives that much more comfortable, and hopefully more interesting. Or at least, that’s the theory. Today we may have to admit that for most of us, however many qualifications we get, the security of purchasing a house may be beyond our means. You are entitled to ask why. Further more, how can this situation be reversed?

It wasn’t always this way. In 80’s Britain, Margaret Thatcher had a vision of the nation as a property owning democracy, and it was highly popular with the lower middle class voter, much to her benefit. However, since then, this vision appears to have dimmed markedly.

In London and the South East, from the home counties to Oxford, the average house price is currently somewhere between £340 – 450, 000. These prices have risen 20% in the space of the last six years and 9% in the last year alone. Further, they are expected to climb higher until at least 2016, fuelled by current low interest rates, delayed quantitative easing effects, and the government’s Help-to-Buy scheme. Even rented property is becoming unaffordable given the gross mis-match between low supply and high demand. The market mechanism is simply not working.

Adding to, or at least maintaining the problem, is the building industry. It is slow to innovate and antiquated in its methods. Cheaper methods such as pre-fabrication, widely used to more time-efficient and cheaper effect in Europe, are not being used, energy saving schemes have only recently been adopted. The industry is dominated by small jobbing firms, which again drives up costs to the house purchaser. In general, the industry also lacks sufficiently trained engineers.

All of this causes social problems. Over 3 million people aged 20 – 34 live with their parents, whilst there are 300,000 empty houses in the UK–mainly in areas where there are declining job opportunities. There has been a vast increase in housing benefit claims, and this is itself a drain on the tax-payer. In London, new building has benefited private landlords and wealthy foreign investors from the likes of China or the Middle East, rather than actual Londoners themselves. It also generates unaffordable rent demands; the current average in the city is £1600 per month).

These distortions of the market mechanism put a break on labour mobility, with skilled labour reluctant to move; there is tension between urban and rural communities, with the latter keen to preserve their green and pleasant land rather than be encroached upon by new, cheaper housing developments. The generation gap widens as high prices hit the young and house ownership protects the pensioner. Mortgage costs are a huge drain on family income and on the ability to save. Pollution and congestion costs also increase in areas of high density housing. Small builders find it unprofitable to build affordable social housing.

So what is to be done? Perhaps it is time to consider the unthinkable. If you’ve thought of virtually everything and nothing works, whatever is left must be the way forward. In all likelihood, only a coordinated raft of policies is likely to work. Far more of the housing stock currently owned by mortgage-free pensioners needs to be passed down the generations sooner rather than later by downsizing or house sharing. Money saved painfully and slowly could be used to renovate property so that it is suitable for both young and old to live in and at the same time ensure privacy. Fabricated construction needs to be encouraged. And lastly but by no means least, infrastructure projects designed to move work out of the capital need to be speeded up.

It may be argued that some of these suggestions sound like desperate measures. But soon, if we are not already, we may be living in desperate times.

Marks and Spencer: A Very British Company
El Nino and the American Depression: A lesson from History