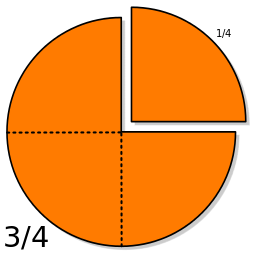 Have you ever noticed how much we use statistics? As in, “My salary’s only gone up by 1%?”, or “MP’s are going to give themselves a high percentage pay rise.” A lot of the time it’s pretty automatic and it’s easy and we know what we mean. You can learn an awful lot from statistics, after all.

There is a group called the World of Statistics, run by a number of universities. It has a comprehensive website showing, among other things, how statistics are helping planners, scientists and politicians around the world do their jobs and think about how to solve problems, in ways you and I would hardly think of. Statistics have helped increase our understanding of disease and ill health and therefore increased our ability to develop medicines to counter them. They have helped improve political elections in Mexico. They’ve also been used to improve agriculture and thereby increase our ability to feed ourselves. They’ve made it possible to study animal movements and increase our understanding of nature. All of this is on the W.o.S website’s global summary diagram.

Statistics can be both useful and act as an instrument for change. We know that, before the fees increase, 49% of young people in this country were entering higher education. Of these, 55% were women. And yet only 30% of MP’S are women. So it would make sense to ask what’s holding women back. Why are we allowing ourselves to miss out on all these bright people, who really should be helping to govern us.

On a lighter note, stats attract a special fascination when it comes to sport. Leicester City football club have had on average less possession of the ball during their games this season than Tottenham Hotspur, yet they’re higher up in the table than Spurs; it begs the question, what makes a successful football team? And a particular favourite of mine – The New Zealand All Blacks rugby team had a 91.6 % win rate in their games last year. Not bad!

The difficulties start when statistics “go wrong”, of course. They are not everything, as they say, no matter how much we like to highlight them and how useful they can be. Benefit fraud is often thought to account for 20% of the welfare budget when this figure is really only 0.7%. But this misleading figure will colour attitudes and maybe even voting patterns. And unemployment benefit isn’t 40% of the welfare budget – more like 1%. Again, it’s a damaging misconception. There are plenty of those which can be exploited by unscrupulous people, so it pays for us to check figures for accuracy before we reach too many conclusions. Statistics can be a blessing – but they can also all too easily become a curse!

The trick with statistics, then, is to not always take them at face value. Sometimes it is the stats behind the stats that are the ones to look at most closely.