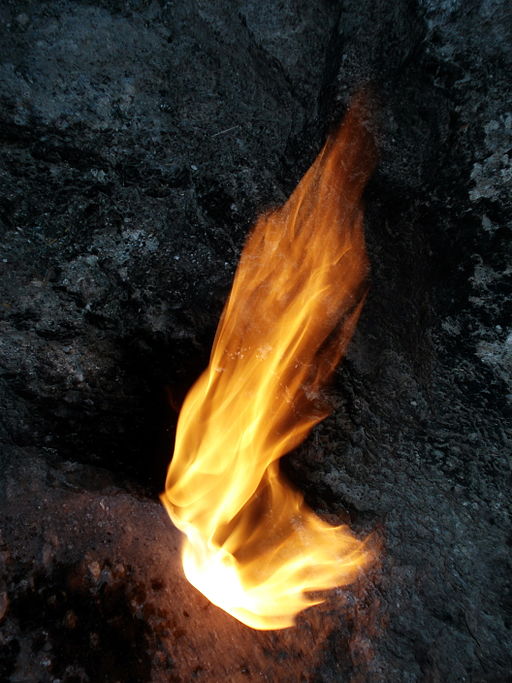 The Encyclopaedia Britannica defines the word myth as deriving from the Greek word mythos, which has a range of meanings of its own, including words, sayings, story and fiction. Myths are stories that were created to explain things in pre-scientific, ancient societies. Revolving around the gods, kings and heroes of the time, they frequently addressed how the world was created, how mankind was created, why it rains and so on. They played an important role in early education.

Often these tales are connected to the geography or geology of an area. It is landscape, then, which results in some regions possessing a greater concentration of myth than others. In her paper, Geo-mythology: geological origins of myths and legends, Dorothy. B Vitaliano writes, “Myths and geology are related in several ways. Some myths are the result of man’s attempts to explain noteworthy features of his environment, such as striking land-forms or unusual smaller features, whereas others try to account for conspicuous natural processes, such as earthquakes,  volcanic phenomena, and floods. Local myths have sometimes proved helpful in solving geological problems, and even the geological nomenclature is indebted to mythology.”

Geo-mythology is an area of growing study in the disciplines of both geology and geography. Professor Steve Jones of University College London has explained how the study of mythology can help understand early geology and geography. Speaking to The Telegraph newspaper this month, he said, “…The Greek fire-dragon the Chimera was slain at her lair but – being immortal – her blazing breath lived on [as pictured]. It can be visited today, on the Turkish coast, where a jet of methane from underground has been burning for millennia. Nearby are the ruins of Colossus, where, in AD60 a huge earthquake struck. Its Greek temple was directly over a rift in the Earth, where a stinking spring rose from Hades (the Oracle at Delphi was the same, and the best prophecies came after inhaling the gases). The event was remembered by the local pagans as a visitation from the murderous snake goddess Echidna, but as Christianity spread (helped by Paul’s Epistles to the city) the tale grew up that the Archangel Michael had done the job instead, shaking the ground, raising thunderous voice in protest against heresy and opening a great canyon….”

It is therefore unsurprising that areas closer to home, where the landscape is often shrouded in fog and large expanses of water have more folklore surrounding them than sheltered inland regions with less dramatic geology. In Northern Ireland lies the Giant’s Causeway, which we know to to be a breathtaking natural rock formation, but myth has named it, claiming it was created by two giants throwing stones at each other. Loch Ness in Scotland is exceptionally deep and known to have been home to some colossal fish over the centuries; it is not hard to see how the myth of the Loch Ness monster came about.

With the study of geo-mythology increasing, more myths are being studied with an eye not to the stories themselves, but to the information they can give us about the landscape of the past, and therefore to explaining why some regions have more stories of adventure and wonder associated with them than others.

The Tragedy of Oscar Wilde
World Teachers’ Day: What is the message?