Gavrilo Princip: The youth who started the Great War 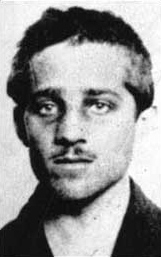 28th June 2014 was the 100th anniversary of the assassination of Archduke Franz Ferdinand of Austria and his wife Sophie, Duchess of Hohenberg, in Sarajevo, by a 19 year old Bosnian Serb named Gavrilo Princip.

Gavrilo was born in a remote hamlet in northern Bosnia into a peasant family who were ruthlessly exploited by their Muslim landlords. From birth, Princip was a dedicated puritanical nationalist determined to fight for the independence of Bosnia from the Austro-Hungarian Empire, and then to see Bosnia joined with Serbia. He was a character who could have come right out of a novel by Turgenev, Dostoyevsky or Conrad.

However, in 1912, he was somewhat inevitably expelled from school for taking part in a demonstration against Austro-Hungarian rule. He promptly joined an illegal, rabidly anti-Semitic band of conspirators named “The Black Hand”, which bedeviled Balkan politics up to the Second World War. The following year, the Austro-Hungarian authorities declared a state of emergency and imposed martial law, prohibiting the formation of all Serbian societies.

By 1914 Princip had moved to Sarajevo, the year of the Austrian Archduke’s visit to the city. On Sunday 28th June at 10 a.m. the royal party drove down the main avenue in an open-topped car. Six assassins, including Princip, mingled with the dense crowds lining the royal route. All were armed grenades and revolvers. At the crucial moment, though, the first of them lost his nerve and failed to throw the bomb. A second tried, but his bomb exploded under the wrong car. The second man then tried to swallow poison using a degraded cyanide pill, and for good measure jumped into the river. But the pill only made him sick and the river was only 10mm deep, so he ended up in the hands of the Austrian police. Farce, however, was still to turn into tragedy.

The royal couple insisted on visiting those injured in the explosion in hospital. Their driver was not informed of the change of route and took a wrong turn. In attempting to rectify the mistake he then stalled the car and Princip, who happened to still be nearby, did get his chance. He shot twice, killing both the Duke and his wife instantly. He also attempted suicide by poison, but similarly failed, and was captured by the police.

Too young to receive a death sentence, he received 20 years in prison, where he contracted skeletal tuberculosis and subsequently died on April 28th 1918, at Terezin.

Gavrilo’s life followed a pattern described many times in the literature of 19th century Europe, as already referenced: an isolated childhood on the edge of empire, in extreme poverty and with a frustrating lack of opportunities, leading ultimately to violent political action. It also follows a pattern familiar in the life cycles of two other more successful revolutionaries – the young Adolf Hitler and the young Joseph Stalin.