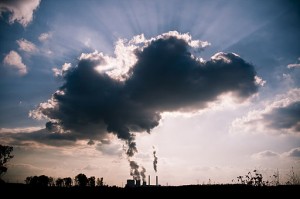 When Vladimir Putin annexed the Crimea in March this year, Russia also acquired a vast store of underwater oil and gas deposits in the Black Sea. Ukraine thus lost territory and future oil and gas revenues and now has no chance of gaining energy independence from Russia.

Under international agreements Russia broke no law, as national sovereignty runs up to 370km from the Russian shoreline. Ukraine’s loss is legally Russia’s gain, thus adding to the pressure on the Ukraine to come to a deal with the Russian Bear.

In April 2012, Russia signed a deal with an Italian firm to explore its maritime zone in the Black Sea, an area some 67,000km in size. In August of that year, Russia signed a contract with Exxon, a foreign engineering company, to extract oil and gas from under the seabed, giving Russia immense underwater energy holdings. It was an acquisition in terms of territory and revenue easily comparable to the land-grabs of the 19th century Tzars.

However, potential friction is likely to occur between Romania and Russia, because Russia’s underwater fuel zone lies very near the new holdings exploited by Russia. The First Gulf War broke out precisely because Iraq infringed on Kuwaiti oil wells. Russia’s neighbours Georgia, Turkey, Bulgaria and, currently, Romania, are reluctant to challenge Russia, preferring to avoid any trouble.

The Crimean acquisition might also alter the route taken by future oil pipelines planned to deliver fuel to western Europe, saving Russia substantial construction costs because the new lines can run straight through its newly acquired Black Sea territory rather than an unstable, Muslim country like Turkey.

Europe is eager for oil and gas and Russia is keen to sell. That is no comfort to a near bankrupt Ukraine and a further weakening of her ability to resist Russian pressure. Nor can it have much confidence in the “free world'”‘s ability or desire to challenge Russia: Neither America nor the EU have formally protested Russia’s actions.