Festivals and all that 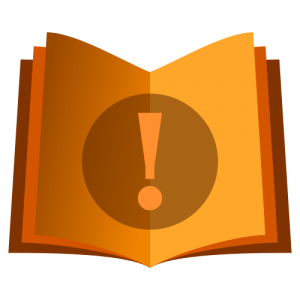 Now that we’re getting close to Christmas, probably the biggest national festival of the year, it might be interesting to see what other festivals are around and what they offer.

To begin with, there are the really big ones like the Edinburgh festival, which takes over the city for weeks during the summer. They do say that if you can get a good start at Edinburgh as a young performer it’ll set you up nicely for your career. Then there are the music festivals like Glastonbury and the Isle of Wight where I am ( and yes I can hear it from home ). And every town now seems to have its own literary festival. It’s a reason to get together, share ideas, see performances and generally enjoy each others creativity and energy.

But hang on a minute, did you really think education was going to get left out? Not a bit of it. Teachers are as keen as anyone to get together, and not just to get trained. It’s a thoughtful profession with many ideas and at least as many issues. Don’t forget either that most teachers spend the majority of their time in classrooms with a lot of young people and maybe one other adult. It’s no wonder they want to get together.

Education festivals and conferences have become popular and are big business now. One of the most interesting is the London Festival of Education. This is relatively new but it sets out to celebrate London as a ‘powerhouse’ of education. London has had a chequered history with education, which is partly to do with the way it’s been managed as a city. Now, however, they’re saying that as the nation’s capital, with all the sport, arts and other facilities it can offer, and with the virtue of a truly multicultural population, it is producing really good education.

Another relatively new festival is being held at Wellington college, one of the more interesting public schools that runs an academy. This is set in its own attractive grounds ( you can go ‘glamping’ – it is in June! ). This is a festival plus, with all sorts of speakers, activities, entertainments and the like. Yet perhaps the biggest and oldest of all, now in its 111 th year, is the North of England conference held in January. It’s a sober and hardworking month, and this is where politicians traditionally go to talk to the professionals.

I used to go to conferences and they were always good. I wish, though, that I’d had the opportunity to go to festivals as well. They sound good too!

The Arts versus The Sciences
In the News: The Modern Wars of the West