Fact and Fiction: the story continues… 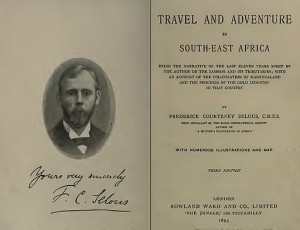 So creative writers, it’s all about what you do with your source material!

This can be a little more problematical, though, when the fictional characters writers wish to create are inspired by real individuals. A flattering portrayal is usually fine, but when it is less flattering problems can arise. This means that writers can often be a little coy about saying who inspired their most famous characters, especially when they are villains not heroes!

It is interesting, however, to realise that some of the characters who seem to us to be most the far-fetched and original are in fact based on real people. The mysterious ‘Woman in White’ in Wilkie Collins’s novel is said to have been inspired by a real meeting Collins had with a mysterious lady, Caroline Graves, who later was to become his housekeeper and life partner, a good topic for her to use to break the ice at parties!

Sherlock Holmes was partly based on one of Conan Doyle’s teachers at medical school, Dr Joseph Bell, both physically and intellectually. I’m not sure any of us would mind knowing that we were the inspiration for such a character. On the other hand, I am equally sure that the big game hunter and explorer Frederick Courtney Selous was happy to be thought of as the inspiration for Allan Quartermain, hero of King Solomon’s Mines and other Rider-Haggard novels. I expect he would be pleased but somewhat mystified by the fact that Allan and his descendants still exist in comic books and graphic novels in the twenty first century!

We might be less impressed to know that we were a less pleasant character, as in one of Agatha Christie’s detective novels, ‘Murder in Mesopotamia’ where the annoying lady who ended up being a murder victim was based on someone the writer met in real life and was irritated by. It is rather a ladylike way of getting your own back, putting an irritating individual in your next book and murdering them!

Sometimes a little knowledge helps us understand why characters are the way they are. The noble, intellectual, but maybe rather too perfect Helen Burns in Jane Eyre becomes less of a puzzle when we realise that she was based on Charlotte Bronte’s beloved sister Maria, who died young. Similarly, perhaps when we wonder why a character like Mr Micawber in David Copperfield is so lovable, the knowledge that he was partly based on Dickens’s father helps us here; and maybe the final redemption of him was wishful thinking on the writer’s part!
So having a little knowledge about the blurring of fact and fiction helps us understand how writers do what they do and helps us with ideas for our own creative work.

The Angels of Mons
In the News: Who are ISIS?