Euro Elections: The economics of Migration 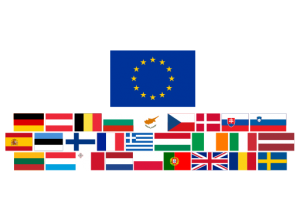 We have just had an election in which all the main political parties have taken a beating from the electorate over one issue – migration. Time, I think, to return to a more measured and reflective mode of thinking on the issue.

In the final quarter of 2013, the net migration into the UK was 212,000, a rise of 35,000 over the previous year. Much hot air has been expended due to the fact that this figure is double the 100,000 target set by the government for net migration in 2015. On the other hand, there has been no surge in Bulgarians and Romanians entering the country since controls were lifted in January. Students coming to Britain have actually fallen by 31% this year – not good news for our university finance departments or our research institutes.

Migration, the long distance movement of  people across national borders, has been a feature of human history since prehistoric times. The debates and issues raging in England today would have been quite familiar to an Englishman living in 18th century London or an American living in 19th century New York.

Economists explain migration in terms of wage differentiation between one country and another, linked to differences of geographical supply and demand. Regions with a shortage of labour but an excess of capital have a high relative wage, whilst areas with a high labour supply and a shortage of capital pay low relative wages. Labour therefore flows from low wage areas to high ones, explaining, for example, the influx of Romanian, Bulgarian and Polish people into Germany and the UK. Both countries have ageing populations, coupled with low birth rates, and need young workers to sustain their economies and to fuel economic enterprise. It benefits both parties, as it enables the host nation to sustain welfare spending and finance their healthcare needs.

The labour market in Britain is divided between labour-intensive work requiring low skill, and work requiring highly skilled workers on relatively good pay. In the former case British workers cannot be attracted into jobs. For example, vegetable harvesting in Lincolnshire, East Anglia and the Fenlands only attracts migrant Polish and Lithuanian workers. The same is true of crop farming in Bavaria. At the other end of the scale, Britain is short of engineers, nurses and doctors. The short-fall is filled by Poles and migrants from the Indian sub-continent.

Another pattern of migration is the perceived need of families in one country to amass a hedge against economic risk by sending members of the family abroad to either study or work and send money (remittances) home. This has been a family practice of Indian, Cypriot and Italian families since the 19th century. Many of these migrants transfer not only labour but investment capital to the host country, usually in the start-up of small businesses. The cost to the host country is covered by the income tax they pay, national insurance contributions, and spending power. Historically, the continual flow of both labour and capital between countries has, in the long term, raised living standards on a global scale.

Current statistics indicate that, despite the election hysteria, the government has in fact succeeded in its broad strategy of control.