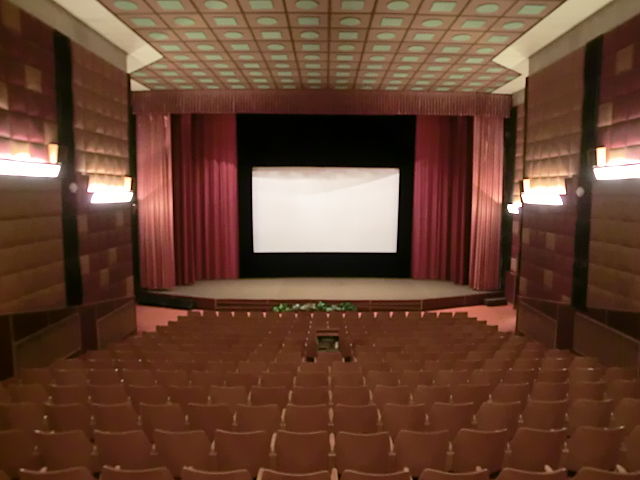 Which do you prefer: good films, old films, family movies? If you do, you’re in for a treat. The British Film Institute has just got funding to release thousands of films from their archives and they’re all available online.

The BFI is our national database, resource and study centre for everything to do with film. It’s on the South Bank in London, but of course these days it has a website and online access. The South Bank itself is a fascinating place. There’s music at the Royal Festival Hall, theatre at the Royal National Theatre, art at the Hayward Gallery, and of course, films. The buildings themselves aren’t pretty – called “brutalist architecture”, no less – but what goes on in them is fantastic. The “Britain on Film” project is only one of the many areas of work and interest the BFI gets involved in, but it just might be one of the most ambitious.

According to their own press release there are 10,000 films available, dating back to 1895. Probably the nearest any of us normally get to those is seeing old newsreels on TV. And what they say is, “See films about the places that mean something to you”. It has been funded by the lottery and the Esmee Fairbairn Foundation (what would we do without generous grant-making bodies these days?), and it looks like money well spent.

Amongst other features, there’s a map you can use to see if there’s a film that was made near where you live, and some of the items on show are fascinating; the first home movie, from 1902, a Viking festival from 1927, a film of the last tram in Glasgow in 1961. There’s something for all the family.

The Institute’s director has said that four generations of her family have been discussing what they’ve see, particularly about footage of “vanished landscapes” and “urban and rural communities”. Perhaps what you know, or someone you know, is there. There are events and interviews following the principle of “Unlocking film heritage” for everyone. A lot of work has been involved. “Make Film” and “Future Film” are projects with a number of partners involved. In the summer you can send in your own photo’s and videos.

Most of you will know twitter, facebook and instagram, as well as iplayer, so there’s lots of exploring to do, it is thoroughly interactive. Where I live there’s a film about Cowes, from 1922. There’s bound to be something about where you live too, maybe at a screening, maybe on an ipod. Discover and enjoy!

The Link to the BFI Britain on Film Homepage is below.

Learning: for Love or Money?
Stakeholders and Shareholders