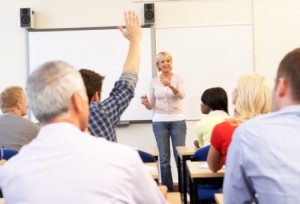 Changes to the way A-Levels are taught are causing controversy within the education system, as the coalition government has proposed a new measure which means that by 2015 AS levels will no longer count towards final A-Level grades.

Under the new proposal, AS levels would be taught as stand-alone exams, but the final A-Level exams would be the primary focus. The change is intended to help students stay focused throughout their A-Level tuition, and allow a deeper understanding of the subject material – but many school officials are concerned that this will prevent students from making the right decisions while studying.

A spokesman for the University of Cambridge stated that the change could not be supported by the school’s own research, highlighting the flexibility and wider options students have as a result of having access to AS level-grades, which for many universities are currently used as an indicator for early admission.

He also commented that while GCSEs are often thought to be a more reliable indicator, “if offers were to be based on GCSE results these students would not present a true picture of their ability, nor of their positive progress in sixth form,” adding that about ten per cent of Cambridge entrants succeed in their AS-levels despite poor GCSEs.

The Labour party has also joined the debate, pledging to remove such measures if it wins the next election. Brian Lightman, General Secretary of the Association of School and College Leaders, commented on the debate: “We hope the current government will listen to reason and abandon the plan. The only caveat is that if the decision does need to be amended, it must be done in a way that does not create yet more upheaval and confusion for teachers and students.”