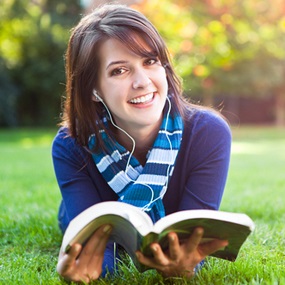 Classics to Read in School or Out

There are numerous reasons for the importance of literature, not only in the classroom environment but outside of it as well. Students can also learn a lot from reading for pleasure, as the pressures of school and reading for a specific purpose (i.e. homework, assignments, etc.) are absent. However, some of the books arrayed in the following list are not only great for recreational reading, but also likely to be assigned at school at one point or another in the future. There may be a text here you are already studying, but others you have yet to come across. With that in mind, here are some texts considered to as some of the most timeless literary pieces ever written.

• 1984, George Orwell: It’s no surprise that this book has made it to the list. Literally everywhere you look you will see it popping up, in reference or adaptation. And rightly so, as in this dystopian novel, readers vicariously experience an era where freedom of speech and individuality are in the sphere of the unreal; people are not allowed to be different or have their own opinions. If this book doesn’t make you appreciate freedom and make you think how to properly exercise your prerogatives without imposing your ideas on others, I don’t know what will.

• Fahrenheit 451, Ray Bradbury: Makes you rethink your love of books and how lucky you are to have them, right? In Bradbury’s classic, you will be transported to a dystopian future where the firemen’s work is to destroy every sign of freewill and enjoyment that people used to get from books. This is a society in which everything is mundane and people behave like life has been drained out of their bodies.

• The Catcher in The Rye, J.D. Salinger: In this coming-of-age novel, the protagonist is a sixteen-year old teenage boy, who, tired of everyone being fake around him, is expelled from school and hospitalised in a mental institution. The novel focuses on innocence and the reality of growing up, while its vulgarity in terms of language and vivid imagery has seen it banned on numerous occasions.

• Their Eyes Were Watching God, Zora Neale Hurston: Similar to The Catcher in the Rye, this is another coming-of-age story, where the reader gets a sense of independence through the narrative of Janie Crawford, a black woman looking for independence, a yearning which drove her away from her hometown in Florida.

As a bonus, take a look at some self-development books well suited to secondary school students:

 The Lessons of History: Described as a book that “will change the way you absorb knowledge,” The Lessons of History is a must-read if you wish to make history come to life.
 Rich Dad, Poor Dad: Get a sense of personal finance before it’s your turn to be the bread-winner.
 The Compound Effect: A how-to-succeed-in-life book, this account shows you how you can achieve what you want in life. Give it a read and see your ambitions grow along with your confidence.