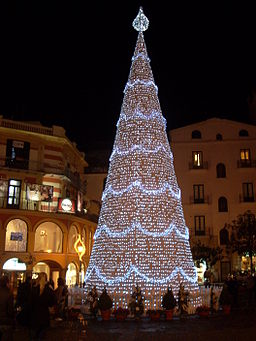 Christmas, as we all know, is the most expensive time of year. After the COVID-Christmas of 2020, many of us went all out to make that of 2021 more enjoyable, and that meant we spent more money. But exactly how much did we spend over the festive period last year? And what did we spend our money on?

Estimates suggest that the average UK household spent around £1000 on Christmas-related things – that’s over half the average monthly household income after deductions. According to YouGov, gifts account for the largest Christmas expense and it is estimated that adults each spent, on average, £300 to £550 on gifts alone. But gifts are just one part of our seasonal spending. Travel and accommodation make up the second largest bill with Brits spending an average of £350 on visiting family and friends. Then there are all the social events which we attended. Though the bill for that was less than in the years prior to the pandemic, we still forked out an average of £130 each on parties and meals with friends. Christmas decorations also accounted for a large proportion of our expenditure with the average household spending £176 on decorating the home (finder.com). Then there’s the festive lunch itself. According to finder.com the average Christmas day meal cost £291 for a family of four. We supposedly spent £22 on pigs in blankets, £23 on the pudding and over £100 on wine and cheese for four people to consume on Christmas day.

According to the Bank of England, the typical household normally spends around £2500 each month, but during December this figure increases by almost 30% as we spend extra money on gifts, food, and drink. Book sales typically double in number in the run up to Christmas whilst we spend 20% more on food, and 38% more on alcohol, than we normally do.

We Don’t Stint On Christmas (Yet)

Evidently, the festivities do not come cheap. And the amount we spend generally rises year upon year. Both as a result of inflation and due to simply buying more than we have done previously, last year we spent around £170 more than we did 10 years ago for the Christmas of 2011. How much more will we spend in 2022?

Brilliant Books To Become Films In 2022
Radio: A Brief History