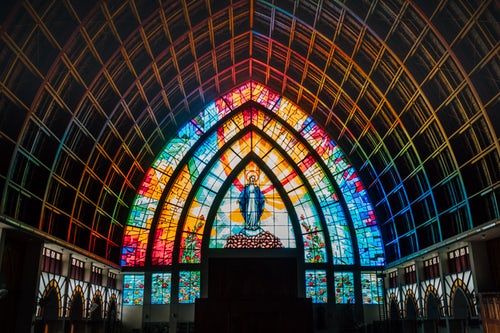 Celebrating in Spain: The Immaculate Conception

The Day of the Immaculate Conception, a hugely important fiesta day in the Catholic calendar, is the day that Jesus’ conception is celebrated – right? Wrong!

In fact, the Immaculate Conception is the day recognised by the Catholic Church as the date of the conception of the Virgin Mary, not her son, Jesus. Following a decree by Pope Clement XI in 1708 the date was set as the 8th December, 9 months before her recognised birth date, the 8th September, the latter of which is celebrated as the Feast of the Nativity of Mary.

Mary ‘s is not a virgin birth, despite the fact that the term used to describe her conception appears to imply this. Although Mary’s parents were not named in the bible, stories passed from generation to generation tell the tale of how much she was wanted, and the way that she was raised. Her parents, Saint Anne and Saint Joachim, were childless for many years, according to these tales (although John 19:25 says that Mary has a sister). They were godly people who donated a large part of their income to the poor and needy.

After appealing to God, Saint Joachim receives an angelic message telling him that he will have a daughter, and he heads to meet his wife to find that she, also, has received the same message. They meet at the city gate (known as the Golden Gate of Jerusalem) which is represented in much of the art created around this story, usually with Mary’s parents embracing or kissing under the gate. The Quran does also mention Mary’s parents (known as Hannah and Imran), and says that Hannah did not want children until she was older. She saw a bird feeding its babies, and was struck with the desire to have children.

In Catholic countries, El Día de la Immaculada Conceptión (The Day of the Immaculate Conception) means (for many people at least) a day off work to reflect, to spend with family, or for those who are less religious, to spend in the bar! Most shops are closed, giving a welcome break from the pre-Christmas panic buying. This gives the tourist and resident alike the chance to enjoy the sights and sounds of the Christmas lights and decorations that adorn the streets of almost every town and village, and the elaborate and detailed nativity scenes that can fill entire shop frontages. Christmas markets will usually still be open, providing the opportunity to calmly browse and soak in the atmosphere – but bars and restaurants are likely to be very busy, so if you’re looking for a more lively atmosphere, head to the celebrations that are to be had here. In Northern Spain, venues may have roaring fires to take away the chill of the season, whereas on the south coast the temperature will most likely not drop below 15˚C before sunset, so the parties will all be on the beach and in the street cafes.

However, this is, of course, above all an important religious day, so a visit to any Catholic church on El Día de la Immaculada Conceptión will be the destination for many who want to experience this day as it was originally designed to be experienced. Just don’t forget whose conception you are celebrating!