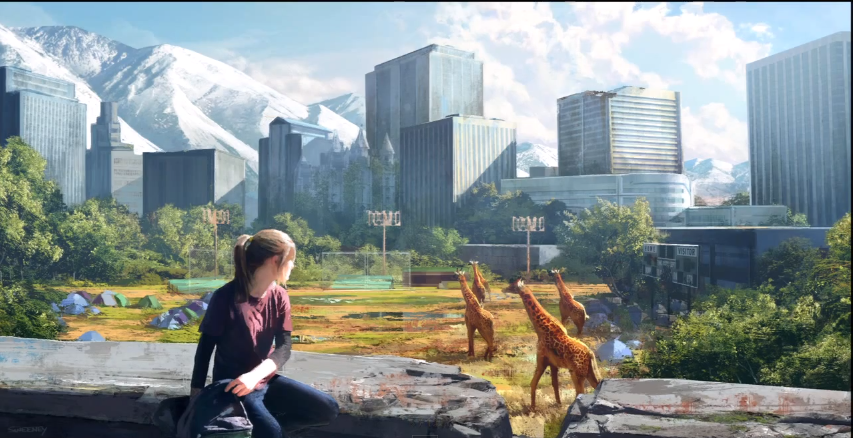 Those among us who don’t play video games might not think of them as a fertile ground for storytelling. After all, the most accessible, well known and mainstream games like shooters, party games and sports titles, while fun and enjoyable, typically prioritise gameplay mechanics over narrative. Neither do these games suggest a capacity for one. However, a closer look at what is available may suggest otherwise.

In reality, story-focused games have been around for as long as the medium, such as 1980’s text-based role playing game, Adventure, and Baldur’s Gate. More recent titles in this genre, like those of the Mass Effect trilogy and Dragon Age series, will let you customise a character, form relationships and directly shape their narrative.

As technology has advanced and mutated at a startlingly rapid rate, so video game developers have become more capable and interested in telling cinematic stories. Sharper, near photo-realistic visuals combined with excellent voice acting, motion capture, music and cinematography creates stories that feel more human and immersive. Although not without controversy regarding workers’ rights, Naughty Dog is one company that leads the charge in this respect. In the beautifully realised Uncharted series, full of heart and bombastic action, and the brooding, incredibly moving The Last of Us, they have created stories that are rightfully receiving mainstream recognition. Whether The Last of Us Part II can overcome its controversy, leaks and delays and measure up to the original, remains to be seen.

One of my own favourite games is the Polish-developed fantasy, The Witcher 3. It is able to combine the deep, satisfying world-building and interactive moral choice of older text-based adventures with cinematic, visually compelling cutscenes. Newer technology also allows for the creation of vast, open environments to explore which are full of detail and engaging side quests that tell branching, complex self contained stories. Released in 2015, I’ve put 400+ hours into this game and I’m still discovering new stories and branching paths. It feels vast and epic but also deeply personal as the player moulds their preferred version of gruff protagonist Geralt of Rivia. It’s this interactivity and investment that makes video games so unique and I would argue that, to date, The Witcher 3 tells a far more cohesive and satisfying story than Netflix’s recent TV adaptation of the original book series.

Of course, I would be remiss if I didn’t mention the fact that huge budgets and realistic visuals are not the only way games are pushing storytelling forwards. Indie games are often mechanically, narratively and visually far more daring than their blockbuster ‘AAA’ counterparts. What Remains of Edith Finch, Firewatch, Undertale, Gone Home, Her Story, Night in the Woods and Inside are just a few examples of games that are using limited resources to tell rich, empathetic and important stories.

Video games as a whole have come a long way in the past few years and it’s their capacity to create varied, personal and interactive narratives that makes them such an exciting medium for storytelling. With access to a new generation of hardware on the horizon, it will be interesting to see where developers will be able to take us next.

A Basic History of Racial Inequality in America: Part 2
What Should I Study to Work in Politics?

Milly is a recent graduate from the University of Leeds where she studied English Literature and Film. She is a freelance writer, often focusing on film, video games, queer theory, and gender. She also writes prose and screenplays and has a somewhat obsessive relationship with Dungeons and Dragons. You can find her at https://millygribben.wordpress.com/