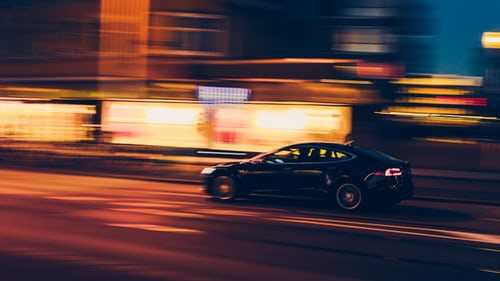 The most eco car is the one we do not use. As home educators do not do the congestion-causing school run (we all know how traffic jams can vanish during school holidays), home education is helping to reduce CO2 emissions. However, if you need to use a car, or replace a car, what is the best choice? Usually the answer is Electric cars – but just how reliable is that answer?

The question of whether electric cars are more eco than conventional cars is more complicated than it sounds. To explain, we need to look at six different areas:

CO2 is emitted from the vehicles needed to mine raw materials. Specifically the ore needed to extract the elements used to build the new cars. The mining of the metals needed to build the vehicle structure (e.g. steel, aluminium, titanium) often causes the destruction of the local landscape, and therefore a reduction in CO2-absorbing vegetation. Furthermore, in the case of electric cars, additional mining and production of the elements needed to manufacture the batteries (manganese, cobalt and lithium) releases significant amounts of CO2. Additionally, while not strictly an ecological issue, the elements are often mined in conflict zones, so there is a moral issue that is important to many people. Some companies, such as Tesla, only obtain conflict-free elements. However, should everyone change to electric cars there would not be sufficient availability to do this for all battery production.

The manufacture of the car batteries creates a lot of CO2. Not only is it produced as part of the actual manufacturing process, but also in its transportation. While the power in the plant may be renewable (the Tesla Nevada GigaFactory will ultimately run on solar), most battery plants are powered using conventionally generated electricity. In many cases this includes coal generation.

The transportation of all vehicles around the world on ships causes the release of CO2 from the shipping fleet. Electric vehicles cause more emissions than conventional cars purely based on their increased weight, due to that of the batteries. However, this additional amount of CO2 will be offset over the life of the batteries.

If batteries are charged using completely renewable electricity then this part of an electric car is completely CO2 free. If electricity generating from burning coal is used, however, then this creates a lot of CO2, and while a bit better than burning petrol or diesel, there is in fact not that much difference. So, when considering buying an electric car, if you want it to really reduce CO2 emissions, where you buy your electricity from really matters!

5. Other emissions when driving an electric car

An electric car’s motor does not emit any particulates. However, it does produce dust from the brakes and from the rubber as the tyres wear. Electric cars use regeneration braking. This means that energy from braking is used to re-charge the car’s battery, which does reduce the need for the traditional brakes, but this is not always sufficient to stop the car quickly enough, so some brake dust will be emitted.

Having said that, the particulate emission from electric cars is certainly less, overall, than any car run on petrol or diesel, and this can make a big difference to air quality in areas where there are a lot of cars, such as city centres.

Electric cars don’t need engine oil changes, and they don’t have an engine to wear out (the electric motor has a much longer life than an internal combustion engine). On this front, electric cars are much more eco than conventional cars. However, the batteries will eventually wear out and disposal of these can be an environmental hazard.

Can we ever have a completely eco car?

The answer is clearly no, with our current technologies. The materials needed to build a car will most likely always mean they have an impact on the planet. But it’s worth considering that the same could also be said for a bicycle or a sailing boat. So, while Greta Thunberg no longer flies, which is admirable, the boat she sailed across the Atlantic created CO2 in its manufacture.

To reduce the CO2 we use for transport, we need to reduce our use of transport. If you are thinking of buying an electric car, consider whether you need one which will do many miles between recharges. A heavy vehicle like the Tesla X would appear the best choice, but could the lighter Nissan Leaf also do the same job? The Leaf will do fewer miles between charges, but as a lighter car it uses less power per mile. Where possible, we need to phone or do internet based meetings rather than travelling to meetings both locally and internationally. Skype, Zoom or Whatsapp are better for the environment than driving or flying.

It looks likely that hydrogen power will be increasingly used to fuel cars. Equally, there are many infrastructure problems which need to be overcome with electric cars. This will not only take a significant amount of time, but may actually be impossible to overcome. For instance, if everyone changed to electric cars, how will owners without drives charge their cars? Street charging will overload the grid, and what happens with people who live in flats?

Hydrogen can be produced with electricity and water. If the electricity is generated using renewables, it is zero carbon (though carbon is produced manufacturing the panels / wind turbines). If the hydrogen could be produced at existing petrol stations (which is looking more and more possible), then there would be no more petrol tankers. Refuelling could be completed in 5 minutes. This is similar to existing fuels. There would be no need for batteries and their environmental impacts. It may even be possible to create hydrogen at home in your garage within the next 15 years.

To keep climate change in check, it is imperative that we have an alternative to the internal combustion engine. Electric cars are currently the most available option. However, only time will tell whether this is the best option. Already it is looking likely that battery-driven vehicles will be considered an evolutionary dead-end within 20 years. Perhaps there’s a home educated child out there ready to develop hydrogen power as a CO2-neutral form of transport for their, and the planet’s future.