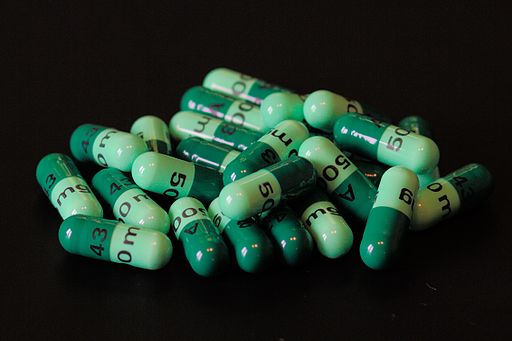 Humanity relies on antibiotics to treat all types of bacterial disease. The issue here is, antibiotics are often prescribed when they are not required.

Antibiotics cannot treat an illness caused by a virus, and often the body’s own immune system is strong enough itself to fight the bacteria. An estimated 30% of all antibiotic prescriptions are unnecessary, and their use increases the risk of an even larger issue – antibiotic resistance.

Why Should We Be Cautious?

The first antibiotic, penicillin, was discovered by Alexander Fleming in 1928 and came hand-in-hand with the discovery of a penicillin-resistant strain of staphylococcus – foreshadowing the issues yet to come. Finding a solution is difficult because using antibiotics drives resistance. The consumption of antibiotics removes the bacteria that are sensitive to the medication but leaves those that are resistant. These resistant bacteria are then able to grow and replicate, increasing the population of resistant bacteria.

‘Superbugs’ are types of bacteria that have become so resistant that they are now very difficult to treat. MRSA – a bacterial infection that has become resistant to many of the widely used antibiotics – is the most ‘well-known’ superbug. But it is not alone. In 2017, the WHO published the ‘Pathogen Priority List’ – a list of the 12 bacterial classes that could be a high risk to human health because of the rate at which they are becoming resistant. The WHO considers this to be one of the largest threats to public health, beyond our current crisis.

When antibiotic resistance first became an issue, the pharmaceutical industry resolved this by finding and commercialising new types of antibiotics. However, this is an extremely difficult and expensive process. The stream of new types to release into the public health sector quickly dried up. Only one new natural class has been discovered in the past 33 years.

It’s not all bad news. As of January 2020, there were 50 antibiotics in development targeted at treating the WHO’s priority pathogens. In February, it was reported that scientists had found a new type of antibiotic – malacidin – that was capable of treating resistant MRSA whilst being non-toxic to humans. The chemical was found using new technologies that involve analysing soil samples. Most recently, in July, 20 of the largest pharmaceutical companies have announced they have launched the AMR Action Fund which will invest into tackling antimicrobial resistance.

Finding new classes of antibiotics is not the sole answer to protecting human health, though. Governmental bodies must work hard on preventing the spread of infectious diseases (if they were not aware of that before this year, it should be quite clear to them today) and educating about the importance of using antibiotics correctly. Only take antibiotics prescribed by your GP and always finish your course to prevent the fast growth of resistance.

Studying If You Need To Self-Isolate
In Support of Multidisciplinary Models: Part 2 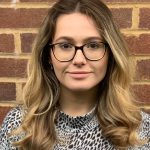 Lizzie studied Food Science and Nutrition at the University of Leeds and is currently working in product development with one of the UK's largest snack manufacturers. Her passion for science extended to teaching whilst studying science education modules at university. She believes science should be more accessible and interesting to everyone.