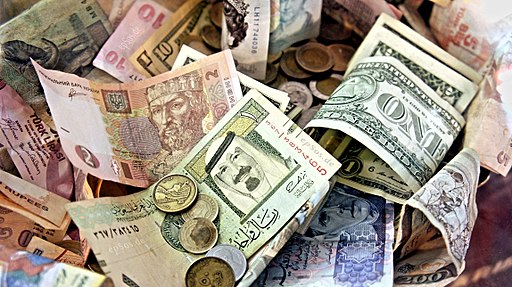 An Anniversary of Economic Cataclysm

Ten years ago there was an economic disaster the after-effects of which we are are still reeling from. It was largely brought about by the greed of a few wealthy bankers, but ultimately history will show that the repercussions were far more punishing for the general public than they were for those who triggered it. If you wonder why everything seems so the expensive these days then, to an extent, you could argue it all started back then.

Beginning in the sub-prime markets of the American banking system, the prospect of calamity should have been obvious to the professional banker. And in reality, it was. But working in such markets had the potential for more profit, so risk was the last thing to be considered. So what is a sub-prime market? Why were they such a bad thing? Were they exploited in some way? The answers make glum and infuriating reading when considered then and now.

A sub-prime market is one in which financial institutions sell mortgages to customers who are poor risk borrowers and would therefore have difficulties repaying mortgage interest and capital payments. It could even be argued it is designed to prey on desperation and vulnerablity. Such a system does not give the borrower much leeway should anything go wrong, such as prolonged unemployment. If the borrower also makes other domestic loan contracts, with their exorbitant interest rates (and they still do), it only ensures total debt insecurity.

A marked feature of the financial crisis was the sale of “mortgage backed securities”(MBS). These were assets such as insurance policies and savings accounts owned by mortgage holders, bundled together then passed on as a security on the original mortgage debt. This type of speculation was taken up by American government-sponsored enterprises and individual banks.

Some of these individual banks (notably Lehman.Bros.), decided on a policy of excessive risk-taking in the form of aggressively purchasing MBS. This encouraged others in Europe and the UK to do the same and receive the same boom in financial instruments. But whilst for the individual banks and their executives this made for immediate benefits, it also created a global crisis, as the financial insecurities of their customers came to the fore.

The exploitation of the sub-prime market, easy credit, fraudulent underwriting of debt, predatory lending and inevitable persistent housing problems caused, all added to the breakdown of financial security.

The banks were responsible for the disaster, but they were not allowed to go under for their crimes, as many economists then and now say they should have been. In the UK, the government instead introduced the practice of quantitative easing (increasing the supply of money). The idea was to prevent a deflationary spiral of rapidly falling wages, a decline in purchasing power and higher unemployment. This quickly translated to a fall in global consumption, however, and both here and in the US it has led a rapid shrinking of public services and imposition of draconian austerity programmes. Poverty stalked the streets of affluent nations in a mad repeat of the Great Depression of 1930. This has changed little so far and nationally, householders continue to experience unprecedented levels of repossession when they default on their mortgage payments.

President Obama, supported by Gordon Brown in the UK, imposed regulations on the international banking systems, such as by increasing capital ratios (the relation between bank loans and cash held by the bank). By 2009, a raft of measures had managed to stabilise the markets, but the crisis had left massive political and social problems long term. There was a serious, increasing disparity between rich and poor in 2009, and that gap has not closed. Nor is there any sign of it doing so in the near future. Unsolved problems remain as scars across our financial and social landscape. The need to lower national debt has caused a sustained reduction in social services at a time when they are needed more than ever (welfare payments, NHS and school budgets). There has been a loss of confidence not only in the banking system but in the whole of the “Liberal-Capitalist System” in general. This has led to the rise of neo-fascist groups in America and the UK. Trust in politicians is at an all-time low. The financial crisis of 2008 was tailor-made for the election of anti-establishment demagogues like Donald Trump. The alt-right in eastern Germany, Sweden and Italy have also benefited from ten years of austerity. Deep dissatisfaction with politicians and austerity programmes have also helped to fuel Brexit in the UK. We appear to be returning to the politics and strife of the Twentieth Century – specifically the Weimar Republic – with the disintegration of centralist Social Democratic parties and the rise of the extreme nationalist popularist parties versus extreme left-wing political movements in countries as far apart as Sweden and Italy.

Quantitative easing no longer has the impact it had in 2008. What, then, could defend the monetary system from another catastrophe? Even ideas are few and far between.

From The Watergate Scandal to Trump’s replaying of American Politics
Philip K. Dick