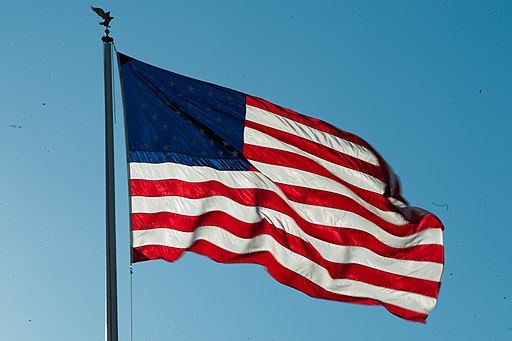 A Basic History of Racial Inequality in America: Part One

In light of recent events regarding the tragic death of George Floyd, I felt it pertinent to discuss the history of the African American experience in the United States and spread awareness of the injustice that black people have faced there for centuries. Whilst this series by no means offers an exhaustive history of racial inequality in America, it highlights and explains some of its key events and pivotal moments. Hopefully this can contribute towards a greater understanding of the institutionalised racism that is now so prevalent.

From the early 1500s, European countries used enslaved Africans to help them invade the Americas and establish settlements. So whilst America was founded in 1607, black slavery already existed in the region (Follow the link to the Smithsonian article at the bottom of the page for more on this). America was initially formed of 13 colonies, with slaves used to build them from the outset. Slave importations are estimated at around 6-7 million for the 18th century alone.

As the country developed, the North and South became entirely different in their attitudes, economies, politics and cultures. Following the American revolution, the northern states began to reject the ideology of slavery, seeing its criminal immorality, and the uncomfortable links to Britain’s former tyrannical authority over themselves. Slavery was abolished by the northern states in 1804.

However, the Southern colonies remained extremely reliant upon what they termed ‘peculiar institution’, with slaves the main labour supply for harvesting cotton, their staple crop. By 1860 more than half of the 4 million slaves in the country were forced to work on their cotton plantations. The northern states, meanwhile, became more urban, industrial, and modern.

As the country expanded westward and the population grew, the issue of whether slavery be permitted in new territories continually dominated political negotiations. No agreements could ever be reached on the issue, however. This failure to resolve differences over slavery heightened tensions between north and south.

The Abolition Movement ensured that slavery remained a central issue in American life. The Movement was led by slaves’ efforts to liberate themselves, as well as the actions of free black men, women and white abolitionists.

Frederick Douglass was a pioneer and leader of the movement. After escaping from slavery, he became a notable orator and well-educated writer, challenging the notion that black people lacked the intellectual capacity to function as independent American citizens.

Abolitionism also became a pervasive cultural focus. For example, Uncle Tom’s Cabin by Harriet Beecher Stowe, released in 1852, was a novel that controversially depicted the harsh reality of slavery for the first time. It has since become one of the most popular books in American history.

Slave revolts contributed to mounting abolitionist pressure. Nat Turner’s rebellion in 1831, John Brown’s raid on Harper’s Ferry in 1851, and Harriet Tubman’s work on the underground railroad, rebuked the romanticised perception that slaves were happy to serve their masters.

In 1860, eleven southern states formed the Confederacy, declaring independence from the Union in response to Abraham Lincoln’s election. Then, on April 12th 1861, the American Civil War began.

Historians contest whether the War was fought to abolish slavery, with many pointing to issues of taxation and state’s rights as primary causes. However, slavery underpinned these issues and ensured that the differences between the Unionists in the North and Confederates in the South were irreconcilable.

As the War raged on, Lincoln felt he could not continue without addressing the issue of slavery. In 1863, he issued the Emancipation Proclamation, freeing enslaved people in rebelling states. This deprived the south of 3 million fighters and the bulk of its labour force. In 1865, the 13th Amendment was passed and slavery abolished. However, President Lincoln was yet to solidify a concrete plan for the integration of newly freed African Americans when he was assassinated on April 11th 1865.

The period immediately following the Civil War is referred to as Reconstruction, as administrators sought to reconstruct the former Confederate states and establish the rights of the newly freed black population.

President Andrew Johnson distributed all land confiscated during the war back to its pre-war owners. Aside from abiding by the 13th amendment, repaying debt and re-joining the Union, former Confederate States were largely allowed free reign over policy. This resulted in the creation of ‘black codes’, designed to restrict the activity of black people and secure a black labour supply.

The initial promise to all of ‘forty acres and a mule’ never materialised. Former slaves had little economic alternative to resuming work on plantations. Systems of sharecropping, in which tenants paid for the use of the land with part of their harvest, became common, trapping blacks in crippling debt and poverty.

Furthermore, a caveat of the 13th amendment was that freedoms would be granted ‘except as a punishment for crime’. This loophole was exploited, with former slaves imprisoned for petty crimes en-masse in order to rebuild the southern economies. To aid justification, blacks were portrayed as violent, rapacious criminals in films such as D. W. Griffith’s The Birth of a Nation.

The Rise of White Supremacy

The Reconstruction period was nevertheless responsible for building the essential pillars of civil rights legislation. The passage of the 13th, 14th, and 15th amendments and the Civil Rights Act, stated that all men were entitled to citizenship, suffrage, employment and use of public accommodations, and several African Americans climbed the ranks to notable positions in office.

However, white southerners bitterly opposed the freedoms being granted to blacks. They reacted by founding violent supremacist organisations, namely the Ku Klux Klan, which targeted local Republican leaders and African Americans. While President Grant attempted to quash the activity of the Klan with various legislation, white supremacists maintained their strong grip on society. The effects of that grip would be felt for many decades to come.

The misguided focus of slavery’s introduction in 1619 – Smithsonian Magazine

The Causes of the Civil War – Kenneth M Stampp

Give me Liberty – Eric Foner

Several Further Blogs on Racial Inequality in America are to come.

How to Unlock Your Creativity
Do I Need a Degree for a Career in Software Development? 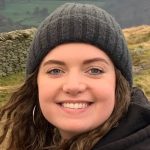