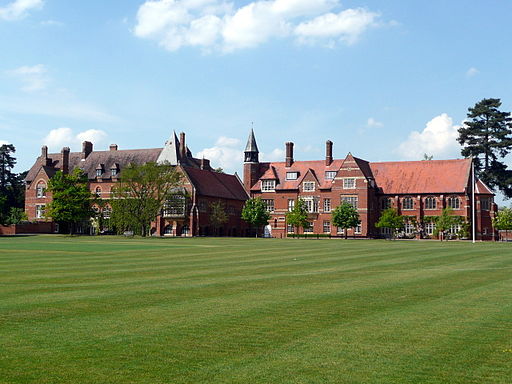 Does Private Education Get a Bad Rep?

The private education system is constantly bombarded with criticism. Seen as expensive, elitist and the source of all incompetent politicians in Britain, not everyone is a fan of this branch of education. Is there any truth to these complaints, though? Or, could it all just a swirling pool of tedious conjecture? Private schools themselves have been branded as the ‘motors of unfairness’ by The Guardian ( https://www.theguardian.com/commentisfree/2019/feb/12/the-guardian-view-on-private-schools-motors-of-unfairness ), and the sentiment is undoubtedly shared by great swathes of the population too. Is private education really a problem?

Frankly, state schools are in chaos right now. They have overworked teachers, pupils riddled with anxiety, and a constant barrage of protests from all sides of the system. Many schools are also critically understaffed and underfunded, as qualified professionals turn their backs on grossly unjust work conditions. Last March, headteachers also warned of a £5.7bn school funding gap, and cuts have been incurred across the board (See:  https://www.bbc.co.uk/news/education-47585803 ).

Few people would admit that private education plays a part in relieving pressure on state schools, but it does. The more kids that are enrolled in these elite institutions, the less kids there are to put further strain on the state school system. Classrooms are an appropriate size, and resources are depleted more slowly. Perhaps a certain degree of segregation is needed to help all schools function properly?

Of course, the better option here is for the problems in state schooling to be addressed and for everyone to receive a bountiful education, but it doesn’t seem to be happening for all. Neither is it a particularly realistic prospect. It’s a stalemate until the government does something, but the larger point here is that private schools are rather useful in this situation. There’s a larger pupil population than ever before and it’s increasing year on year. Logistically, not all pupils can go to state schools.

It’s no secret that the Oxbridge intake favours private school pupils, over-recruiting from numerous institutions. Research also shows that pupils from the state sector are less likely to apply to Oxbridge than their private school peers, which is certainly problematic (See: https://www.theguardian.com/education/2018/dec/07/eton-and-westminster-among-eight-schools-dominating-oxbridge ). While many privately educated pupils undoubtedly earn their places at Oxbridge, some state school pupils make the grade too.

However, the fact that state school pupils apply less shows a pessimistic way of thinking; that no private school equals no Oxbridge application. Still, if more of them took that leap and applied anyway, they’d obviously improve their chances of being accepted! While it’s important that Oxbridge make a bigger effort to recruit from a variety of backgrounds, it’s also down to everyone else to break down the stigmas from their side and encourage worthy state school pupils to apply in the first instance.

Do state schools truly push pupils to apply and commit to preparing for top tier education? With all the problems that state schools are experiencing in staffing and underfunding, the answer is probably no in most cases ( See: https://www.telegraph.co.uk/news/2019/07/18/oxfords-state-school-admission-problem-schools-fail-push-brightest/ ). Therefore, state schools also need to be improved so that their pupils feel qualified and capable in sending off an Oxbridge application. It’s certainly not up to private schools to limit their applications when many others don’t apply anyway!

All parents want the best education for their kids, but it’s not always affordable. This is of course true where private education is concerned, especially when private school fees are also constantly rising. More families are falling out of the price band due to things like more applications, increased competition, economic hardship, increases in pension contributions and other punitive financial measures. Private education is becoming even more exclusive ( See:  https://www.telegraph.co.uk/news/2019/06/28/private-school-fee-rises-hit-pupil-numbers/ ).

As idealistic as it might be to say, education shouldn’t come with a hefty price tag attached to it. Private education should be about more than expense. If fees keep rising, brilliance will surely be lost. Just like the state schools, it’s important that these institutions develop an introspective view with an eye for being more accessible and opportunistic for worthy talent, without money being the primary motivator.

Is There a Crisis in Creativity at GCSE?
Forest Schools: Learning through Nature