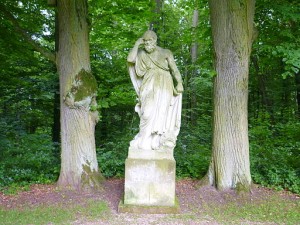 The word “Philosophy” is a combination of the Greek words “philos” and “sophy”, which together mean “love of wisdom.” In the case of philosophy, wisdom is defined as coming from knowledge from your own experience. Socrates, one of the first and most influential of Greek philosophers, stated that “Wisdom begins in wonder”.

Until the 19th century the majority of philosophy studied in the West was based around religion. Questions concerning the nature of deity and miracles dominated most philosophical discussions. This traditional Western philosophy was based on logic, rational argument and reasoning, and epistemology (the discussion of what can be known and proved).

This early Western philosophy was deeply influenced by the Ancient Greek, Plato – a disciple of Socrates. Plato’s thoughts and books continue to shape the philosophy of religion and culture, and are still studied today, even though they are thousands of years old.

Modern Western philosophy has expanded to include the studying and debating of points of law and the legal system, political theory, aesthetics (the nature and appreciation of beauty), ethics (moral choices), and science, as well as religious theories.

Every subject studied in today’s schools has an influence on, and is influenced by, philosophy.  From history, classics, religious education and ethics, to biology, chemistry, physics, English and maths, an understanding of how we think, and how our ancestors thought, will help us to comprehend and make plans and changes in the future; and will therefore improve our general education.

By learning to express our own opinions about topics such as free will, reality, life after death, time, and right and wrong, we learn what it means to be human. Philosophy helps us to see that everything is open to personal interpretation, and teaches us to appreciate and accept the conclusions and ideas of others, even if we don’t agree with them.

“Philosophy is about ideas and argument. Consequences of thought which give progress towards understanding.” – Antony Flew.

Agriculture in the Amazon: a sustainable success story
When is New Year?