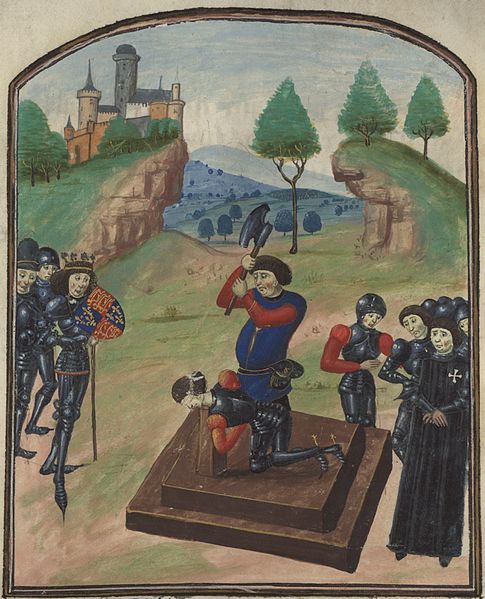 The Wars of the Roses

On 22nd May 1455 at St Albans, the first battle that was to form the Wars of the Roses was fought. The Battle of St Albans between Richard, Duke of York and his allies the Earls of Salisbury and Warwick, saw defeated King Henry VI’s royal army, commanded by the Duke of Somerset. Somerset, defeated, was executed – as recorded above. Following his army’s defeat, King Henry VI was captured. On the opposite side, the reward for Richard’s initial victory was to ensure parliament appointed Richard of York as Lord Protector of England in the king’s absence.

The ongoing conflict that followed would become known as the Wars of the Roses, during which a series of battles were fought between the two rival sides of the royal House of Plantagenet for the throne of England. The House of Lancaster was represented by a red rose and the House of York was symbolised by the white rose.

Lasting from 1455 to 1487, this power struggle had begun because of the social and political pressures that came in the aftermath of the previous Hundred Years War. It was a situation made worse by the weakness of the rule of King Henry VI, a fact that encouraged Richard to make his new claim for the English throne.

When Richard later died, his claim was immediately transferred to his heir, Edward, who later became the first Yorkist king of England, Edward IV. He was quickly succeeded by his son, Edward V, but he reigned for just 86 days: Parliament had decided that Edward and his younger brother Richard, could not rule because they were illegitimate. The throne was instead swiftly offered to Edward IV’s younger brother, who became King Richard III. Shortly after that, the two young princes, Edward and Richard, were locked up in the Tower of London, from where they were to disappear sometime afterwards, never to be seen again.

The Wars of the Roses were complex and contained many twists and turns. The final victory went to the House of Lancaster, when Henry Tudor, Earl of Richmond, defeated King Richard II at the Battle of Bosworth Field. Not long after he took the crown, King Henry VII married Elizabeth of York to unite the two royal houses and form the House of Tudor. This new royal house went on to become one of the most powerful in English history.

To this day, the war and the emblems of both sides, the red and white roses, are symbols of enduring rivalry between the neighbouring northern counties of Lancashire (red rose) and Yorkshire (white rose), although today the battles are found more often in a sporting context rather than a violent and bloody battle.

Branwell Bronte back in the Picture?
William Hogarth and the Birth of Political Satire