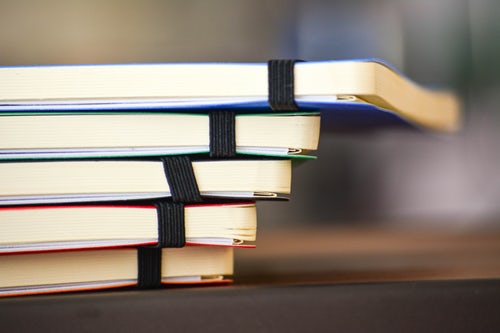 The Open University at 50

Founded on 23rd April 1969, the Open University was the first distance learning university of its kind. This year, fifty years after its Royal Charter was granted, it remains one of a kind.

Although the Open University didn’t open its virtual doors until the last year of the 1960’s, the original concept for a remote seat of learning was thought up in 1926, by the educationalist and historian J.C. Stobart.

Stobart was working for the BBC when he famously wrote a memo about the possibility of creating a ‘wireless university’ via the broadcast power of television. The idea was considered on many occasions, with the phrase ‘teleuniversity,’ becoming a much used term for the concept. Despite this nickname leading to a lot of bad publicity, as many people suffered from the misconception that all you’d have to do for your degree was put your feet up and watch a few programmes on television, the idea stuck.

It wasn’t until 1963 however, that secondary education, by post and occasional one to one tutor meetings, finally received the level of support it needed to become more than a clever concept. In a speech concerning the future of education, the leader of the Labour Party at the time, Harold Wilson. stated, “…I want to outline new proposals on which we are working, a dynamic programme providing facilities for home study to university and higher standards.”

In 1964, Wilson became Prime Minister, and appointed Jennie Lee to run his ‘University of the Air’ project. Although the project took five years to come to fruition, and met with a great deal of hostility from existing traditional universities and people who didn’t believe education from home could ever be valid, the ‘Open University’ was to become an astounding success.

Prior to 1969, there had long been a belief that university education was the province of the rich. It was considered beyond the remit of the poorer classes – not to mention too expensive for anyone on a low income, no matter their level of intelligence. A university that was without the overheads of physical buildings or the need to pay for study time accommodation, bills and food was immensely attractive to those from poorer income brackets. It was especially attractive to adults who had missed out on the education they wanted in their early twenties and could study for the degree they always wanted without additional living costs.
As Daniel Weinbren, writer of the ‘History of the OU’ blog, explains, “The OU was once christened the “university of the second chance”. Being told that university was “not for the likes of you” was all too common in days gone by; in 1950 only 3.4% of young people participated in higher education, and this was only up to 8.4% in 1970 and just 19.6% still in 1990. So the OU was the natural destination for many whose background had hitherto prevented them pursuing that degree.”

Only two years after the Open University was established, its partnership with the BBC began. This gave students across the world the chance to watch educationally instructional documentaries on a huge range of subjects. This facility is currently so popular that many of the OU’s programmes have made it onto mainstream television, including Sir David Attenborough’s Blue Planet.

As it celebrates its 50th birthday, the Open University can proudly state it now caters for 174,000 students in the UK, as well as an additional 2 million students across the world.

Reflection for Better Learning
What Is Long-term Learning?