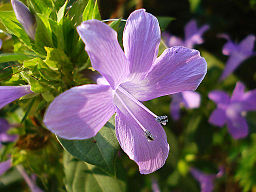 A Testament to Roland Leighton

This January saw the general release of Testament of Youth, a film based on the memoirs of Vera Brittain, published under the same title in 1933.

2015 marks the centenary of a death which had a profound impact upon the author. In many ways it was just one death among far too many. But it signified the end of a love affair which she immortalised in her moving recollection of the First World War.

In 1914 the young Vera had been introduced to her brother’s best friend. Roland Leighton was in his final year at Uppingham School and poised to achieve just about every prize available. Their subsequent correspondence is an enchanting mixture of boy/girl flirtation, literary criticism and patriotic zeal. He wrote poetry for her; she shared her dreams for the future. Ironically, they both hoped that he would obtain a commission to join the war in France. Eventually he achieved this, turning his back on an academic career and his place at Oxford, although he continued to write poetry. Violets, his best known poem can be read here: http://warpoets.org.uk/poets-and-poetry/roland-leighton/

The First World War saw many burgeoning love affairs but the way this one was recorded, with its author’s response to its inception and sudden end, gives it a unique significance. The minutiae of their relationship was further revealed through the later publication of her diaries and letters. And, of course, this particular romance was curtailed before it could wither. The first flush of love may not, in peacetime, have led to a lifetime of happiness, but brought to a sudden and horrific end, it takes on a much more poignant hue. Leighton was only twenty when he died of wounds in December 1915. Brittain went on to achieve success herself at Oxford, and marry George Catlin (their daughter is politician Shirley Williams), but she never fully recovered from the death in war of her brother, her friends and her fiancé.

I hope that a few of those who see Testament of Youth at the cinema will be inspired to read the book and find out for themselves what only a detailed literary account can truly reveal; the importance of Roland Leighton.

If That Mockingbird Don’t Sing…
Neuroeducation: Do findings from Neuroscience benefit learners?