What are PISA scores? 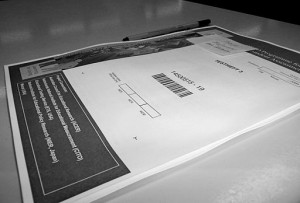 Since the late 90’s, various international organisations have been looking at education around the world. Because of a desire to help the world’s poorest, the UN Millenium Goals were established in the year 2000. These were targets to be reached by the year 2015 and included achieving universal primary education. Commendable and worthwhile, but it is unsurprising to find it hasn’t happened in such a short space of time as that.

Alongside this initiative the best known international measure is PISA, the league table from the OECD. ( All these are easy to look up ). These started at about the same time and assess the attainment of 15 year olds in their reading, maths and science. Out of a possible 200 countries, 66 took part.

The first question is: do they matter? Just at the moment they are seen by our government as a vital measure of educational success nationally. The fact that we came down somewhere in the 20’s – i.e. there were 19+ countries who did better than us – has been enough to influence government policy. As a result we now have a slimmed down, rather more tightly focused primary school curriculum than before, as part of a bid to improve our national score. For some, this will increase our international competitiveness.

Was this the correct reaction? Up to a point. The OECD is a prestigiou organisation and to be guided by them is not a bad idea. However, it might also be worth noting that the PISA tests are constantly being revised and added to, partly to include other areas of learning such as problem-solving, and partly to suit developing nations more. So we should probably keep track of all this as well.

Interestingly, there is now a newer international measure of teachers called TALIS. According to this, most teaches feel proud of their work; but crucially only a third feel valued. What does this tell us? Looking at individual countries can be informative here because they all tend to be different. If you look at Finland, for instance, which just happens to be one of the top performing countries in these tables, teachers are highly qualified, highly valued and given high levels of autonomy. There, education is regarded as a major influence on the Finns’ cohesive society. Does that sound different to what you’re familiar with? Also revealing is the performance of Sweden, which in the last few years has changed much of its policies on education from being relatively equal to being more competitive – during this period their PISA scores declined.

So are such tests important? Yes. Because they can and do show a lot about how our schools work and what is expected from them.

Distance Learning Now and in the Future
The Future of Inspection