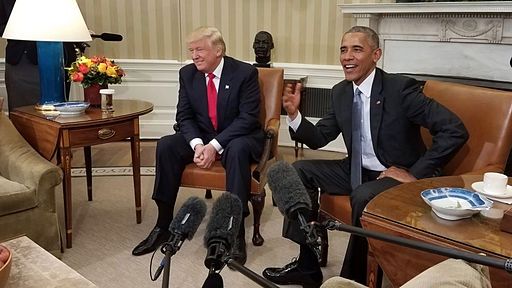 The Passing of the Old Order

The twentieth century saw the triumph of two related value systems: on the one hand, liberalism, on the other, free-market capitalism. Both of which created personal and corporate wealth undreamed of in previous centuries. However, now, at the beginning of the twenty-first century, we appear to be experiencing the demise of this liberal-capitalist hegemony.

The reasons for this breakdown are, firstly, the social and economic effects of the austerity programs across the western world since the banking crisis of 2008 and, secondly, the rapid decline of heavy industry accompanied by the rise of China as a producer of cheap iron and steel. The other contributor to this change is the rapid growth of digital and robotic technologies and their premium on university based education.

Austerity has made the poor poorer and the rich richer. Blue collar workers swell the ranks of the dispossessed. The digital economy has created an unbridgeable gap between the haves and have-nots whilst at the same time creating a global network of communication via social media, in which the economic condition of everyone can be compared and resentment mobalised.

In the nineteenth and early twentieth century all this might have been fertile ground for left-wing parties. But in the twenty-first the left is in retreat. The political vacuum created has been filled by separatists, protectionists, misogamists, rabble-rousers, racists and neo-fascist parties.

What the establishment has failed to grasp is that, increasingly, people are prepared to trade the “soft” values of an enlightened liberalism for promises of more practical benefits – decent wages, fair employment contracts, affordable housing, health care and the ability to raise a family. All are, after all, reasonable aspirations.

In Europe and America, governments appear paralysed in the wake of the tsunami of problems washing over their societies. We are only at the very beginning of a new order. Recent history indicates that the usual timescale of national elections – four or five years – is too short a period for traditional political parties to adjust psychologically to changing social and economic realities.

The question now is, then: Can the West’s liberal, free-market system respond appropriately to the challenges of a changing world? The events of 2016 may indicate they cannot.

How to Study a Novel
Debate: A Great Tool for Learning